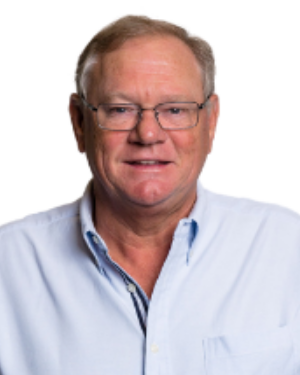 In 2007, Don sold out of Insurance Advisernet and with close friend Mike McShane concentrated on building his own broking business – the now well known McLardy McShane Group.

Don is still the CEO and has presided over the tremendous growth of the Group. In 2022, McLardy McShane now have 26 branches and joint ventures and over 60 Authorised Representatives across Australia generating a gross written premium of over $250 million. McLardy McShane has a great reputation for still maintaining a strong family culture and a community minded focus.

Don has a Diploma in Financial Services (Broking) and is a Qualified Practising Insurance Broker (QPIB).

A former President of the Melbourne Football Club, Don is still a passionate fan. He joined the MFC board with Jim Stynes in 2008, and in February 2012 assumed the position of President after Jim stepped down to focus on his courageous health battle. Don eventually stepped down from the MFC in June 2013 after 5 years as board member.

Backed by the entire McLardy McShane team, Don works tirelessly to promote our industry and its integrity – mainly through actions rather than words. He puts people before profits and demonstrates that through his passion for giving back to the community.

Don and all at McLardy McShane are strong supporters of many community initiatives including the Reach Foundation, created by Jim Stynes to inspire and empower Australian Youth to achieve their dreams. Don is a former board member and Chairman of Reach, and a former Governor of the Jim Stynes Foundation. He is also heavily involved with the amazingly successful FightMND campaign, led by his friend and AFL legend Neale Daniher.