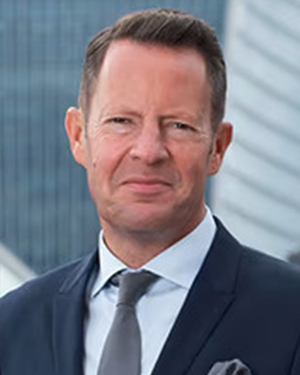 After starting his career in motor underwriting, Peter switched to broking, and eventually led a management buy-out of the UK commercial division of Farr in 2000 which he then named FMW Risk Services Ltd. He grew this business to approximately £25m gross written premium before selling the business in December 2007 to Oval. In 2012 Peter was appointed Chief Executive of Oval and he ran the business through until its eventual sale to Arthur J. Gallagher which completed in April 2014.In May 2015 Peter concluded a management buy-in of Aston Scott and then led the merger with Lark Group in 2017. As Group CEO, he grew the business to more than 1,600 staff operating from over 60 offices across the UK and Ireland and writing just over £1billion of gross written premium.

In October 2021, it was announced that Aston Lark would be acquired by Howden Group Holdings subject to regulatory approval. Peter will become Executive Chairman of Howden UK upon completion of the merger.

Peter was non-executive chairman at Hastings Insurance Services Ltd, the broker arm of Hastings Direct up until the end of 2021 and has previously served as chairman of the Large Brokers’ Advisory Board at the British Insurance Brokers Insurance Association (BIBA). From the start of January 2022, Peter has become President of the Chartered Insurance Institute.

Peter lives in Colchester with his wife, Sue, and has three children aged 21, 20 and 15 and his hobbies include cycling, golf, shooting and watching rugby.