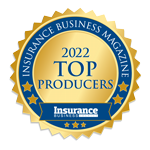 Overcoming challenges in the market

The commercial property and casualty (P&C) sector remained resilient in 2021 in the face of challenges, including the COVID-19 pandemic, a lagging global supply chain, and rising inflation. Some producers struggled in the face of hard market conditions, while others seized opportunities throughout the year.

To recognize the top producers in the US, Insurance Business America conducted a survey from March to April 2022. Producers had to have at least $1 million in commission revenue in 2021, comprising 50% commercial P&C business, and with year-on-year growth from 2020, to quality for the list. IBA selected 81 winners – proven market leaders who have made the most of the opportunities presented to them during tumultuous times.

“During [the pandemic], we were able to secure workers’ compensation coverage, including [coverage for] COVID, for the only touring international Broadway show, which would not have been able to open without confirmation of that insurance being in place”
Bob Middleton, Arts Insurance Program 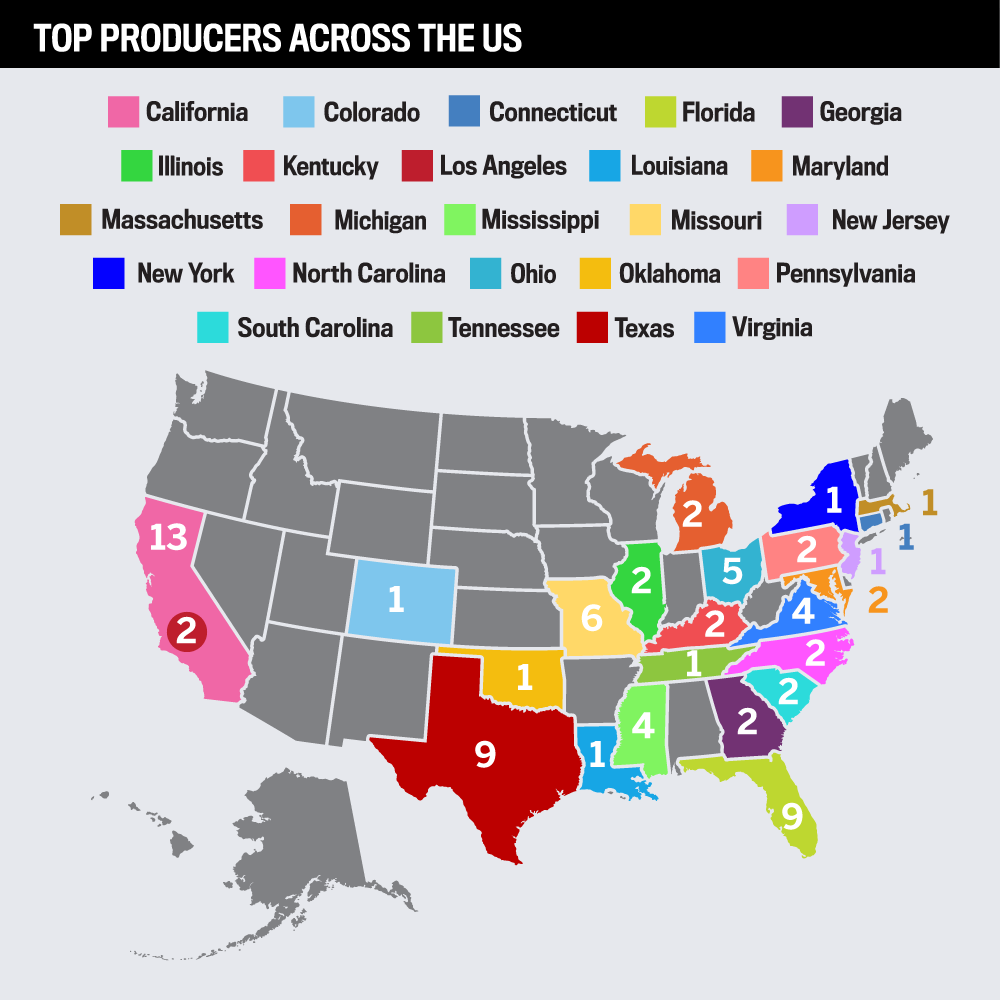 Coverage for the performing arts

One of the winners is Bob Middleton, director of the Arts Insurance Program, a division of Maury, Donnelly & Parr, based in the greater Baltimore area. The program caters almost exclusively to the performing arts market, specifically dance and ballet companies, as well as touring Broadway shows.

“During [the pandemic], we were able to secure workers’ compensation coverage, including [coverage for] COVID, for the only touring international Broadway show, which would not have been able to open without confirmation of that insurance being in place,” says Middleton. “They ran for several months and did experience a breakout.”

Middleton met the criteria for being a Top Producer despite pandemic-related challenges that forced an almost complete shutdown of theatre and performing arts companies. He responded to the disruption with a three-pronged approach based on coverage discussions, reducing exposures, and processing claims. “We experienced a 30% reduction in our revenue, but our clients appreciated the service level provided,” he says. “We have since then seen our business rebound to levels above those prior to COVID.”

Still, he holds his breath every time there’s a new announcement about a new COVID breakout or variant. Activities have started again in Europe and parts of Asia, but China – a huge market – remains closed to touring productions.

What differentiates Middleton and the Arts Insurance Program in the marketplace? He cites service, carrier flexibility, and knowledge. “No one provides the service level we provide, as all of our claims are handled individually by staff and sent into carriers. Because of our niche, we work with carriers that support the entertainment industry. Some of them are as specialized as we are, so that they can aggressively price premiums and provide unique coverages, whether it’s cancellation coverage without a property damage trigger or EPLI for production companies with several Broadway shows.”

Despite his success, Middleton says a few changes could help him produce even more. Some issues he has faced are long response times and mistakes made by insurance claims staff. Another is the turnover of underwriting staff in some lines. As a result, underwriters are overworked and find it difficult to service existing and new business.

“A third area would be ‘hands on’ underwriting versus platform quote,” he says. “The turnaround time for quoting can be weeks and months [compared to] almost immediate quoting. This is obviously a hindrance to our being able to place coverage quickly.”

“I think the industry is in a state of turmoil for many reasons, including rising interest rates, increasing reinsurance prices, and overleveraged carriers paying claims from multiple directions”
Ryan Cassidy, Franklin Street Insurance Services 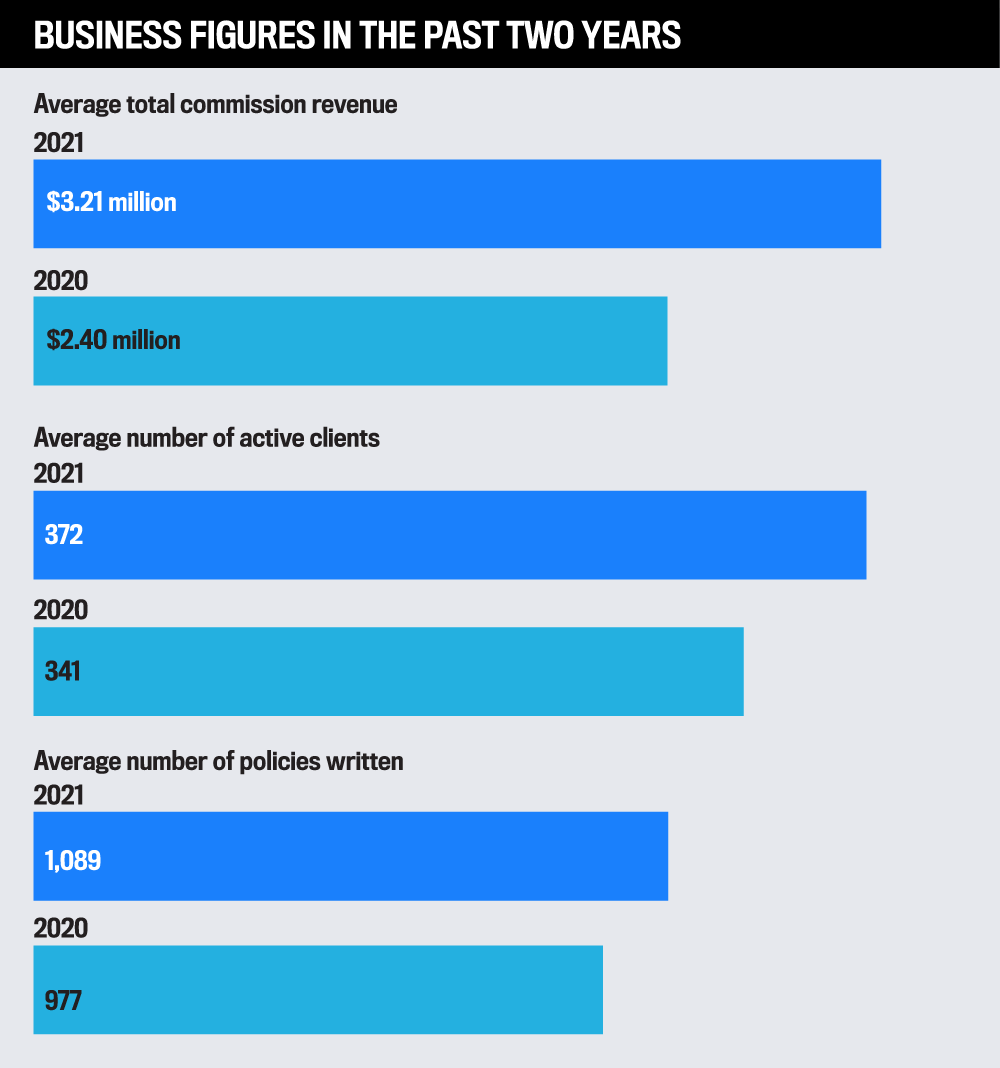 Success in the Sunshine State

Another winner, Ryan Cassidy, is the managing director of Franklin Street Insurance Services, specializing in commercial property and casualty insurance. He has a personal portfolio of over 50,000 multifamily units, including nearly 10% of the market share in Florida’s Broward, Miami-Dade, and Palm Beach counties and more than 15 million square feet of commercial property.

He met the criteria for the 2022 IBA Top Producer awards despite what he says are relatively poor market conditions.

“I think the industry is in a state of turmoil for many reasons, including rising interest rates, increasing reinsurance prices, and overleveraged carriers paying claims from multiple directions,” he says. “We have faced two years of large property and liability increases, and I am not convinced it is going to change in the next few years.”

Cassidy thinks the US economy is on the brink of significant change, as many people accumulate wealth without thoroughly understanding how money and the economy work. He says what differentiates him in the marketplace is his added perspective as a real estate owner-operator: “My ability to design and construct creative insurance solutions, including things like proprietary programs and risk management strategies. My knowledge of real estate. As an owner-operator myself, I see the industry in a very unique way.”

There are a few ways, he says, that he could produce even more than he has in the last couple of years. Hurdles to more growth include attracting and retaining the right staff, educating clients about the industry, and improving the marketing of their portfolios. In addition, there are too many carriers with restrained capacity, coverages, and terms, which makes it difficult for him to compete against existing market players.

“After the past several years of claim activity, coupled with COVID, it’s relieving to see businesses succeed in 2022”
Kyle Schielack, Higginbotham

Another winner is Kyle Schielack, managing director at Higginbotham. Schielack is based in Houston and specializes in multifamily and property management portfolios, as well as retail/industrial/office real estate, commercial property development, manufacturing, and wholesale distribution.

Schielack says natural disasters have been prominent over the past several years. He has observed a significant increase in the property marketplace due to the windstorm and fire activity nationwide, coupled with the Great Texas Freeze in 2021. “With capacity shrinking and valuations increasing, renewals have been difficult for many insureds to absorb. In addition, crime and litigation awards have stumbled the casualty marketplace, with the exception of workers’ compensation. Although we are now seeing some carriers [return to the] coastal real estate sector, we don’t foresee major impacts to rating for the foreseeable future.”

Regarding economic conditions, he says that despite the hubbub about inflation, the economy remains strong, at least in the Gulf Coast of Texas. Fifty-year-old companies are experiencing their best years to date. New entrepreneurial ventures are growing rapidly. Real estate is active and construction is ongoing. “After the past several years of claim activity, coupled with COVID, it’s relieving to see businesses succeed in 2022,” Schielack says.

What differentiates him and Higginbotham in the marketplace? They have “day two services” and in-house subject matter experts who provide support after placing coverage. The company also oversees the Higginbotham Community Fund, which engages employees in philanthropy. In addition, the company has considerable industry expertise in coastal real estate.

From Schielack’s point of view, improvements in a few industry conditions can help boost his business further. “My main concern is bringing in energized young professionals that are capable of replacing the enormous knowledge and support of the retiring generation. It seems as though every carrier, wholesaler and agency I talk with is looking for new folks to join their organizations.”

Another concern is the sustainability of coastal property valuations and ratings, as real estate clients continue to experience the pains of annual property tax increases and post-COVID rents, causing them to wonder if premiums will be sustainable in the long run.

Now in its eighth year, Insurance Business America’s Top Producers list highlights the best-performing insurance professionals from around the country. Starting in March, IBA invited producers to send in nominations for the 2022 list.

To qualify for the list, producers must have achieved at least $1 million in commission revenue in 2021, with at least 50% commercial P&C business and demonstrated year-over-year growth from 2020. Each nominated producer was required to provide specific details about their business. Those whose 2021 commission revenue exceeded the $4 million mark were named Platinum Producers.

70 have areas of specialization