The leaders of tomorrow

AS THE EXODUS of baby boomers from the insurance industry continues to pick up pace, attracting the next generation of talent is becoming increasingly important. With each year that passes, the industry loses decades of experience. Insurance traditionally hasn’t been perceived as the most attractive industry among younger generations, but that perception is slowly starting to change. There’s a growing awareness among insurance leaders that attracting the next generation is one of the industry’s most significant challenges today. If insurance has any hope of meeting changing consumer expectations, insurers and agencies need to take action now rather than in five or 10 years. “Over the past few years, the conversations about how the industry is going to address its talent issue have been occurring with increased regularity,” says 33-year-old Josh Ammons, a senior vice president at AmWINS Group and vice president of the WSIA’s U40 group for young insurance professionals. “There are concerns about how to perpetuate not only the responsibilities but, more importantly, the expertise that these veterans are going to take with them in retirement.”

Getting the word out
The current transition within the industry should be seen as an opportunity rather than an obstacle. While many young people don’t consider insurance as exciting as other financial services fields such as banking or investments, by creating an ongoing and structured dialogue with younger people, insurance leaders have a chance to slowly shift those outdated views. “We are focused on speaking to college students and educating them on the incredible opportunities in our industry,” Ammons says. “It’s a people business, and I don’t think enough people know that. The retirements in the next five to 10 years are going to create so many opportunities, both for people who are already in the industry and fall into the under-40 segment, and for people in their early 20s who don’t know much about the business
at all.” A major part of Ammons’ role with the WSIA’s U40 group is to engage younger generations and tell them all they need to know – and probably haven’t heard – about the industry. These efforts include a well received quarterly webinar and educational events across the country at industry conferences like the WSIA Annual Marketplace. Connecting with college students on their home turf is another central component of U40’s strategy. “Last year we were proud to hit 19 universities, which represented great progress for us,” Ammons says. “We are doing a solid job, but there is definitely room for us to grow and do more. We touched over 2,500 students last year, but think about how many students are in the US. We have laid a solid foundation, but now it’s about us 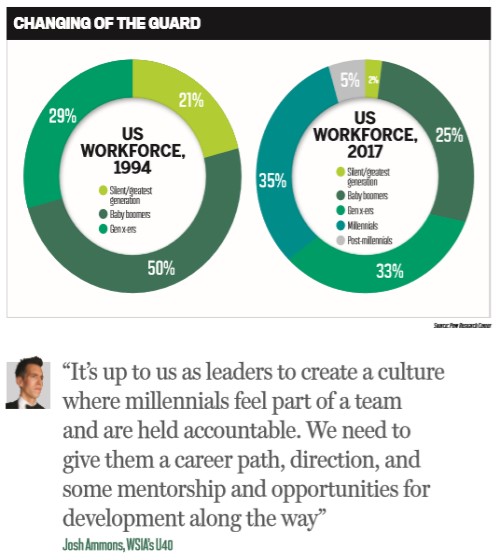 getting people currently in the industry engaged and fired up about passing on some of the knowledge they have.” Ammons is particularly excited about the inaugural U40 Annual Meeting, which will take place in late October in Lake Tahoe. Unlike other conferences where the U40 group has been a small component, there will be no baby boomer executives in Lake Tahoe. The conference will feature technical and leadership sessions, as well as some valuable networking opportunities. “The event is geared toward younger leaders at insurance firms – not just the people who have been in the business for a couple of years,” Ammons says. “Attendees will hear from colleagues, peers, competitors and underwriting partners about what’s going well and what’s not working so well. Having that peer-to-peer sharing is so important. I hope everyone leaves fired up with some key points to take back to their organizations.” 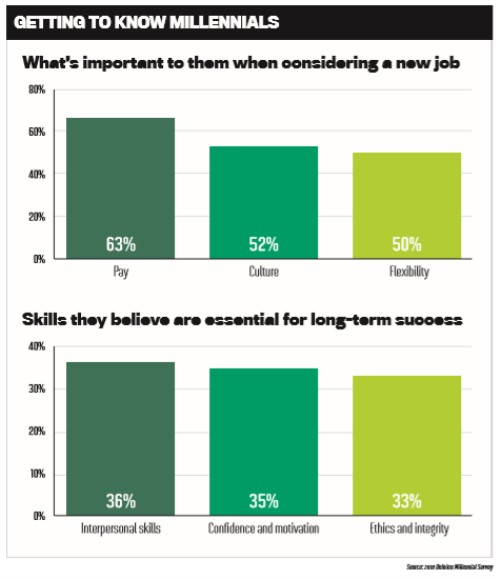 Breaking through the stereotypes For insurance companies to attract the next generation of leaders, they need to know what makes them tick – but they should avoid being influenced by stereotypes about millennials. Having an inflated sense of entitlement and being obsessed with work-life balance are two things millennials are often derided for, but Ammons describes these as “lazy perceptions” and urges insurance leaders to drop the beliefs as easily as they picked them up.

“What I have found with millennials is that they want to work somewhere with a strong culture and they want to be challenged,” he says. “If they feel like they’re sitting still and not making progress, that’s when people will start to plan moves. It’s up to us as leaders to create a culture where millennials feel part of a team and are held accountable. We need to give them a career path, direction, and some mentorship and opportunities for development along the way.”

H.W. Kaufman Group chairman, president and CEO Alan Jay Kaufman sees the current talent shortage as the most pressing issue facing the insurance industry. As such, he’s determined to get young people interested in insurance while they’re still in college. “The shortage of talent is becoming more pronounced, and being active with universities, to me, is a bolt of lightning,” Kaufman says. “The majority of the business schools [in the US] do not offer insurance as a major, or even as course offerings.” 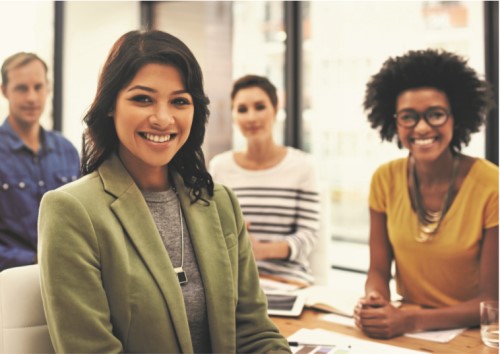 In 2015, Kaufman and his wife established a major endowment for a professorship in insurance and risk management at the Eli Broad College of Business at Michigan State University. “I did that because the school didn’t have one insurance offering,” Kaufman says. “Now they have four insurance classes, and they’ll have more. Hopefully, more insurance companies or individuals will step up and do the same, either at Michigan State or  other places.” A career in the insurance industry has much to offer, from competitive remuneration to flexible work schedules and the ability to quickly move up the ranks. But outsiders often buy into the old stereotypes of the industry being slow and boring. Just as millennials know, shaking off stereotypes can be difficult, no matter how off the mark they might be. “I think one has to examine the success stories of many people in the insurance world  to see that there are great opportunities there,” Kaufman says. “The insurance world has not done a great job of public relations to demonstrate that. That’s one of the shortcomings. “We’re not attracting the best and brightest in a big enough [way] in the insurance industry,” he adds. “Insurance companies need to be involved with the education during college years because that’s where the best recruiting comes. Recruiting afterwards is good, but it’s not enough.”