Insurance companies with the most profitable loss to EP ratios

While there may already be lists of which insurance companies are the largest, Insurance Business has taken a look at which of the largest 25 are most profitable. These are the companies that are actually making the highest margins on their premiums. 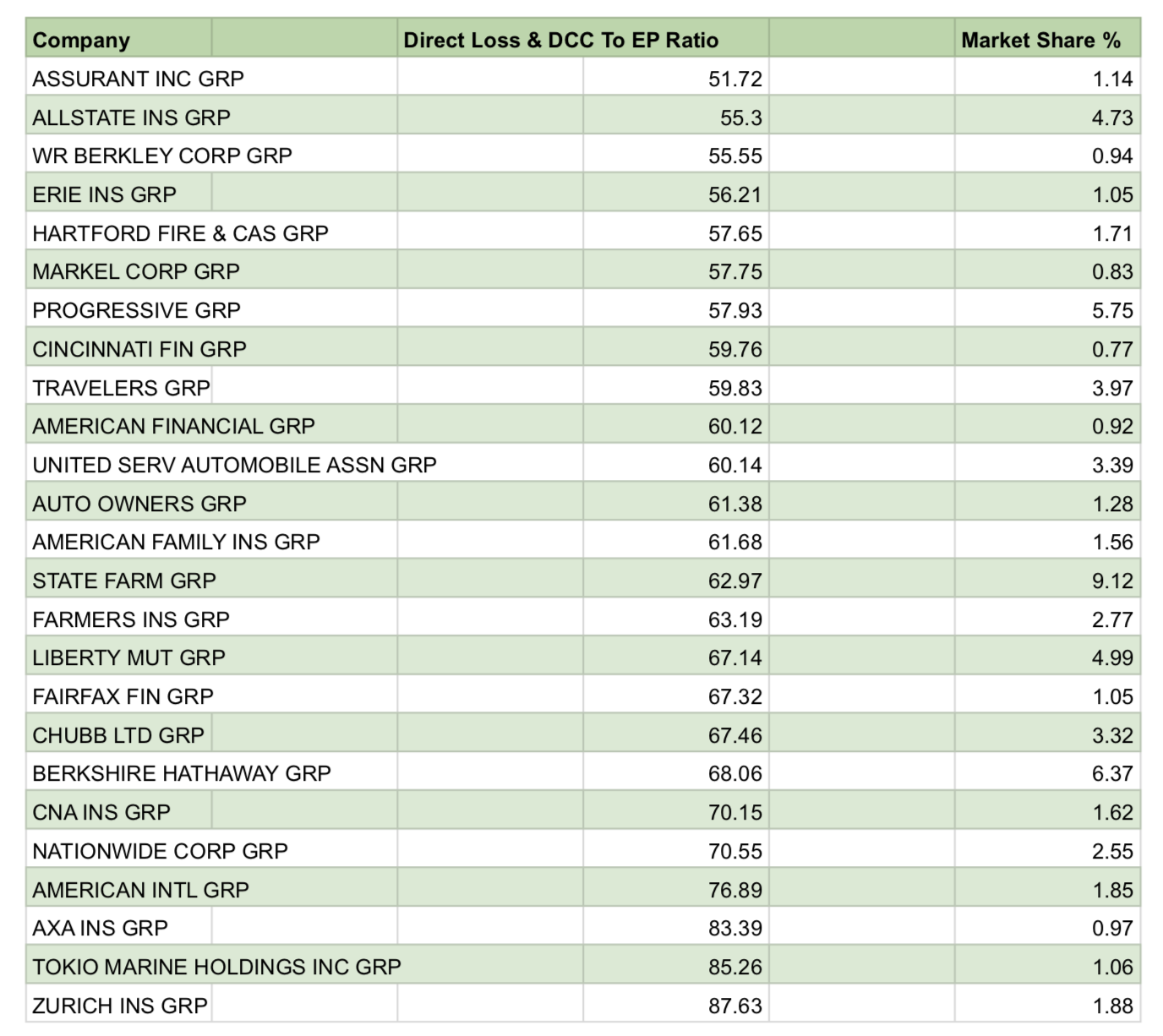 Looking at this chart it is evident that the companies with the Direct Loss and DCC to EP ratio are the most profitable, however what exactly is a direct loss and DCC to EP ratio? DCC stands for ‘defense and cost containment’ and EP stands for ‘earned premium’. So, the Direct Loss and the DCC combined refers to how much on average a carrier spent on claims, while the EP refers to how much profit was collected after an expired portion of a policy. The reason as to why a lower figure is better is because that figure is representing what portion of the EP was spent on claims. For example, Assurant Inc. has a ratio of 51.72. That means it spent 51.72% of its EP on Direct Losses and DCC’s.

So which of the top 25 insurers in the US is the most profitable (by this metric at least)? The answer is Assurant, with its direct loss and DCC to EP ratio of 51.72. Established in 1892, Assurant has seen many changes over the past 129 years. Global expansion began in 1995, and the carrier went public on the New York Stock exchange in 2004 under the symbol AIZ. Its current CEO is Alan Colberg who graduated from Harvard Business School in 1987 and has been with the company since 2011. The insurer is obviously benefiting from its position at the top of the table - boasting a $600 million EBITDA for the first half of 2021 alone.

Coming in second place with a ratio of 55.30 is Allstate, which was founded in 1931 as part of the Sears empire, splitting from its parent in 1993. Since then, Allstate has become a major player, insuring about 16 million households. The current CEO is Thomas J. Wilson, who graduated from the University of Michigan and later gained an MBA from Northwestern University. He has been with Allstate since 1995, and became CEO in 2007.