In North America, theft came almost exclusively through in-transit hijackings or pilfering directly from parked vehicles. The risk of social unrest, particularly in Mexico, also impacted the risk of cargo loss in 2020, TT Club said. There was significant disruption to the Mexican rail freight industry last year, with protestors setting up blockades on train tracks. That disruption led to estimated losses of nearly $4.4 billion. 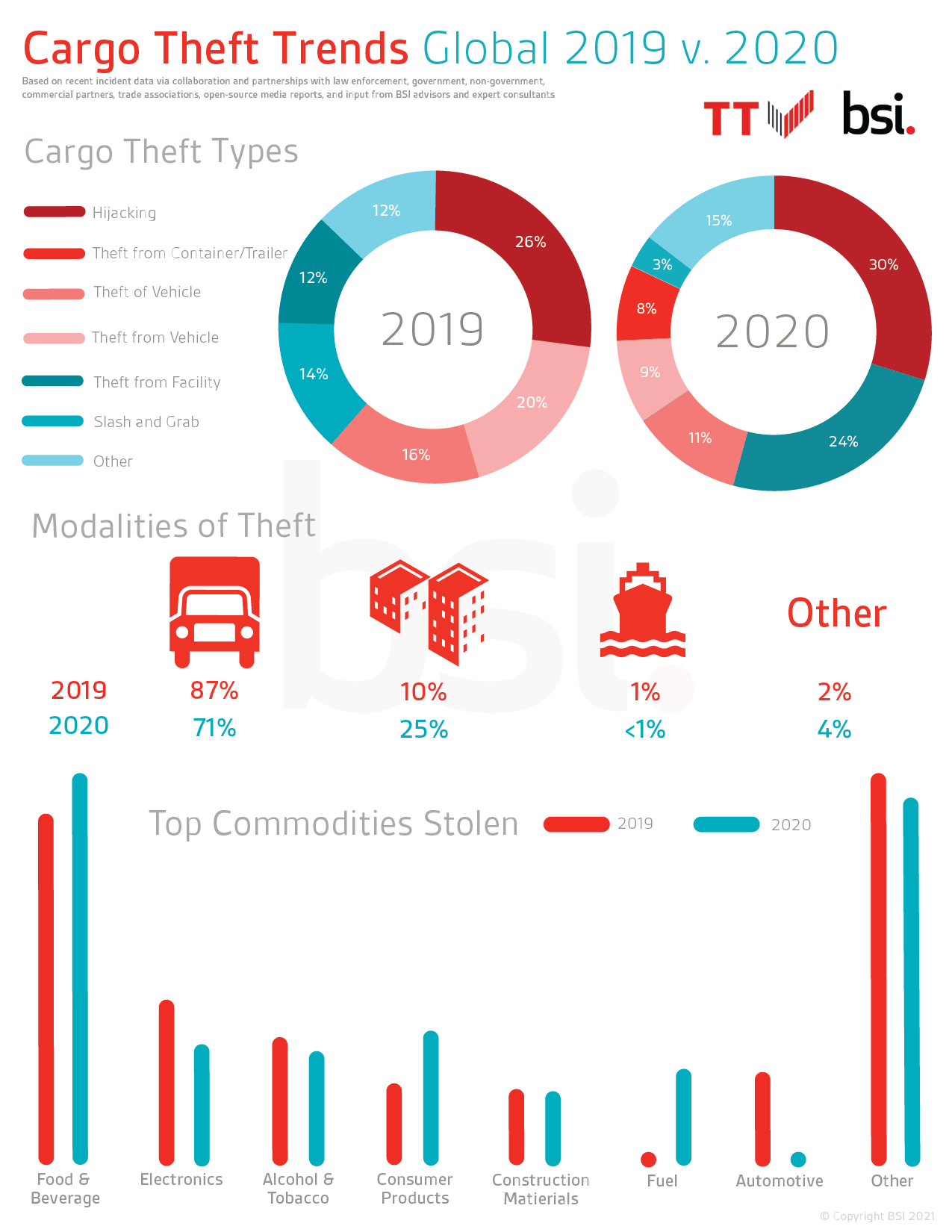 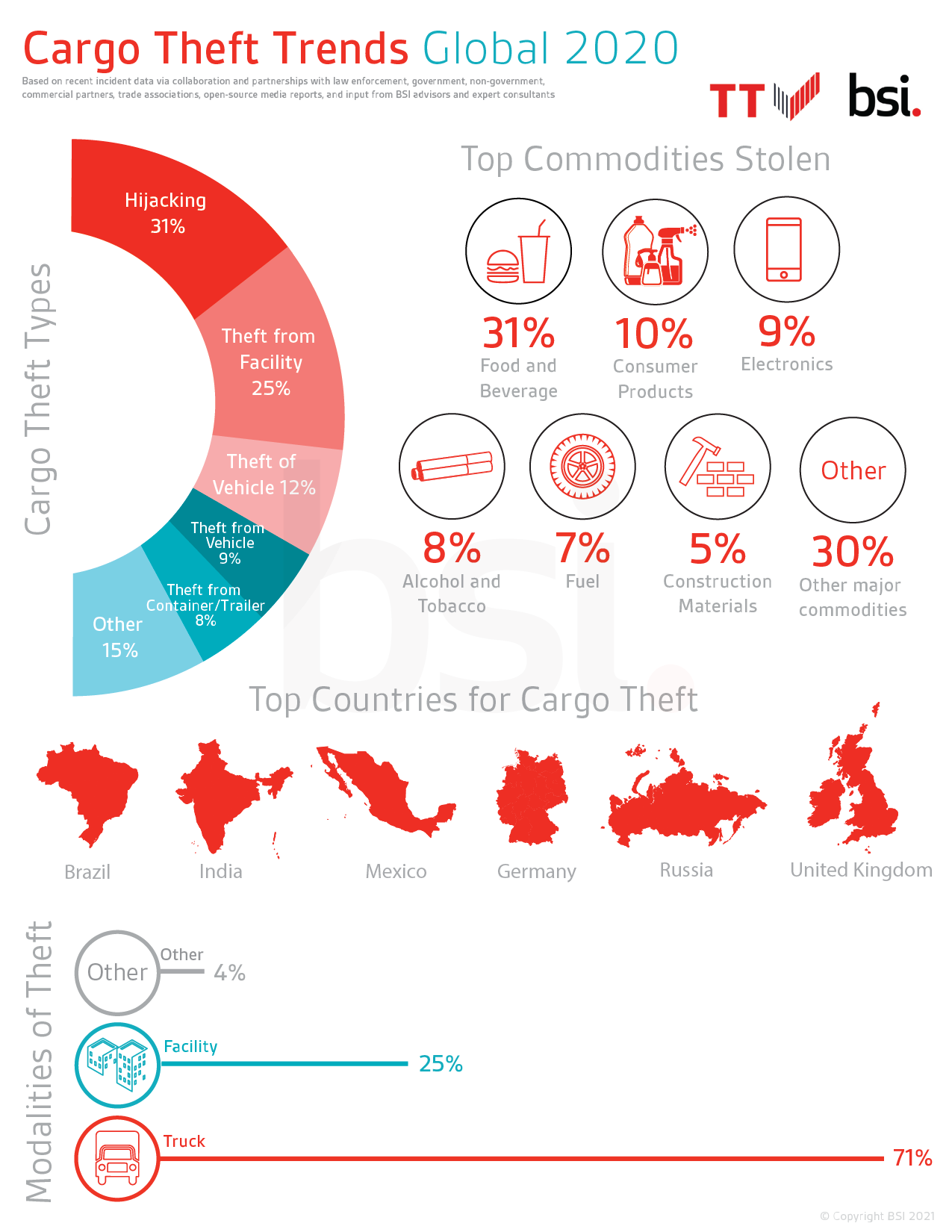