Why technology-enhanced cars aren’t necessarily driving down claims … yet

While Level 5 autonomous vehicles aren’t commonplace yet, the car of today already looks vastly different than the vehicles that were on the roads a decade ago – an evolution that has implications for insureds’ exposures and insurance needs. 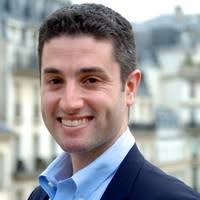 “Already, new cars today typically have dozens of sensors built into them,” said Drew Aldrich (pictured), principal at American Family Ventures, and a panelist at the upcoming Emerging Risks & Innovation Summit in New York. “As the sensors in the cars become increasingly important to making decisions or actions in the car – nudging the car from swerving into lanes or accident avoidance – the actual compute has to be done in the car itself. It can’t be sent to the cloud for the compute to be held there and then sent back – the feed just doesn’t require it – so that’s causing lots of really interesting things in the world of edge computing, where the actual computer doing all of the compute work is happening in the vehicle itself.”

With the rise of edge computing, which entails the processing of data near the edge of a network where it’s being generated, rather than at a data-processing warehouse, there’s also been increased interest in protecting the vehicle and its various sensors from, for example, viruses.

“We’re seeing a lot of interesting innovation on how do you bring what was classically the antivirus type of software for your PC way back in the 90s, what’s the equivalent of that for the auto industry?” said Aldrich.

Yet, the installation of emerging technology into vehicles hasn’t affected risk exposure in the way that some might have expected, in that it would drive down claims since a degree of human error has been removed from the equation.

“That hasn’t necessarily been the case because there are a lot of other factors – there’s distracted driving that has likely had a major impact on increasing claims cost, and then the compounding effect of this is that with the added sensors in the bumper or wherever, the claims severity has increased because you now have to replace these sensors,” explained Aldrich. Whereas back in the day, a driver could have a fender-bender and they didn’t necessarily need to report it or they could live with it, if there’s a sensor in that area today, it could be broken after a small collision and will need to be fixed, which impacts repair costs.

“In theory, over the next 10 years or so, these increasing capabilities of the car to avoid accidents should eventually start to drive down incidents, but we’re still in the early stages of that,” added Aldrich, who encourages other insurance professionals to learn as much as they can about innovation in the mobility space now, before major changes take hold.

“It feels like a uniquely pivotal time because, in the medium term, we should actually see some real effects of these sensors, and the cars becoming smarter and acting more autonomously,” he said, though he adds that while the auto broker can sleep a bit easier knowing that full self-driving cars are a way away, they still need to be cognizant that these changes are on the horizon. “They can come to conferences, like this one, and keep tabs on it. Whenever it’s an interesting time, that’s a great opportunity for [brokers] to provide expertise and guidance to their clients.”

Take a deeper dive into this issue at the Emerging Risks & Innovation Summit in May 2019.