The underwriter is not liable to indemnify the assured for losses by the perils insured against directly incurred through the fraud or gross misconduct of the assured.  A contract for indemnity in such case would be absurd and, so far as it related to a voluntary and intended loss, void at law.”

Insurers have long excluded coverage for intentionally caused harm, as illustrated by this quotation from a 1854 insurance law treatise. The reasons are well understood – the moral hazard of minimizing the financial consequences associated with intentionally causing bodily injury or property damage, and the broader public policy of punishing wrongdoers, or at least holding them fully responsible for their actions and not shielded by insurance.  Now, though, insurers are expanding intentional harm and other exclusion beyond these traditional public policy concerns and utilizing language that sweeps in and excludes potentially large swaths of negligent conduct to the detriment of policyholders and claimants.

The traditional ISO exclusion captured the moral hazard concerns well.  Until 2000, the ISO H0 03 [Homeowners] form excluded liability coverage for “bodily injury or property damage which is expected or intended by the insured.”  With the exclusion’s focus on the harm intended rather than whether the “act” was intentional (a question better suited for philosophers than for insurers, lawyers and courts), this language is tailored to exclude harm intentionally caused by a specific insured – “the insured” rather than “an insured.”  This result means insureds are protected for their negligent actions and claimants have access to compensation if they prevail, fulfilling two traditional functions of liability insurance.

Unfortunately, it appears most insurers have abandoned this language and with seemingly little fanfare, now employ clauses that could exclude claims alleging reckless or straightforward negligence.  Since 2000, ISO’s intentional harm provision in its homeowners’ policy excludes “bodily injury or property damage which is expected or intended by an insured, even if the resulting [injury] is of a different kind, quality or degree than initially expected or intended …”  (emphasis added).

This additional clause can transform an exclusion for intentional harm into one for negligence.  For example, assume a young teenager shot his BB gun at a friend, intending only to scare , but instead hit and blinded him.  Under the traditional ISO exclusion, and assuming a court believed he did not mean to hit his friend, the harm caused was not “expected or intended.”  Further, if the lawsuit also named the young man’s parents under a negligence theory, their actions would be separately considered in applying the exclusion.

ISO’s post-2000 language could easily exclude the teenager’s negligence, with the “resulting harm” characterized as a “different kind, quality or degree than initially expected or intended.”  In addition, the son’s now presumed “intentional harm” would be attributed to the parents, as harm considered “intentional” by one insured excludes coverage for every insured, regardless of their “intent.”  The result: negligent acts are now excluded, policyholders left unprotected for their carelessness, and victim’s compensation dependent on the defendant’s financial resources.   The substitution of “an insured” for “the insured” is crucial -- and can eliminate the possibility of victim compensation for particularly egregious acts, such as shootings or sexual abuse.

Most insurers now use this expanded ISO exclusion or variations of it.  In 2014 several students and I reviewed homeowners and auto policies of the top ten insurers in Missouri and Nevada; all but State Farm employed an expanded intentional harm exclusion.  We’re now doing a more expansive study and it appears that the large majority of insurers not only continue to use expansive intentional harm exclusions, but are adding additional provisions that also could exclude negligently caused harm, such as exclusions for actions that might be considered “criminal” (broadly defined and including ordinances) or “malicious” (undefined)

These provisions go far beyond the purposes for excluding intentionally caused harm and in some instances are worded so broadly (or poorly) that they could eliminate coverage for many types of claims and conduct not previously thought “intentional.”  These exclusions devalue the purpose of liability insurance and are contrary to how policyholders, regulators, and producers have traditionally understood intentional harm provisions.

So, what to do? It’s hard to imagine a market-based solution of insurers competing by offering better intentional harm exclusions.  Even if policyholders did read their insurance policies, – a big if – it is unlikely they would be able to distinguish between various exclusions, and apply their potential meaning or application to yet unimagined events and actions.

There is another solution recognized and understood by the industry: for regulators to utilize their traditional authority and not approve exclusions that distend or greatly expand intentional harm exclusions beyond their traditional rationale, to the detriment of policyholders, victims, and society. 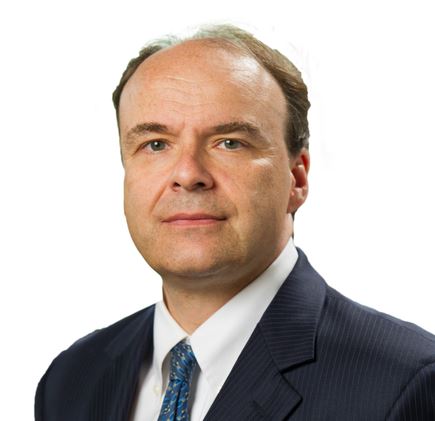 Professor Peter Kochenburger
Teaches insurance law at the University of Connecticut Law School.  He is a NAIC Consumer Representative, elected to the American Law Institute and a graduate of Harvard Law School.