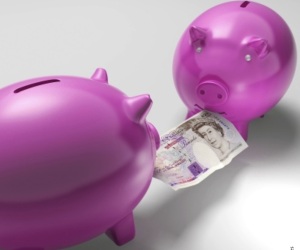 Benfield Corporate Risk Canada Limited is entitled to a broker’s sales bonus that became a flashpoint in the wake of Benfield’s acquisition of the assets of a Western brokerage, the Alberta Court of Appeal has ruled in a split decision.
Benfield acquired the assets of Beaufort International Insurance Inc. and Beaufort Insurance Services Inc. in 2007. Two years later, Benfield and Beaufort claimed the right to a sales bonus negotiated as part of an employment contract between Benfield and a terminated officer of Beaufort, Dougal Simpson.
Simpson was Beaufort’s guarantor of the sale to Benfield. He played a leading role in Benfield’s acquisition of Beaufort, which hinged on a lengthy, 49-page contract of sale.
The sale agreement included an ancillary employment contract that kept Simpson working for the brokerage after the sale. The employment contract included a bonus structure would be paid out based on a percentage of Beaufort’s revenues for the year, conditional upon Simpson remaining employed with Benfield during a period of high earnings.
In 2009, Simpson, motivated by concerns about the financial health of the wholesale part of the business, started discussing with Benfield the repurchase of assets of the business by a new company Simpson controlled. During the discussions, Simpson asked Benfield to waive or amend existing confidentiality and non-solicitation clauses so he could discuss the repurchase without violating them.
The repurchase and solicitation negotiations ended without an agreement on price. Eleven days later, Benfield terminated Simpson’s employment without cause.
Beaufort’s own lawyers did not describe Benfield’s decision as premeditated or malicious, and the court said it was “an ordinary business parting of the ways.” Benfield paid out all of Simpson’s salary to the end of two years – a cheque for $136,000 – which Simpson accepted after legal advice.
Under the terms of the employment contract, Simpson was entitled to a bonus for brokerage revenues, but only if he was still employed with the company. Benfield claimed the bonus because Simpson was no longer with the company.
The court characterized Beaufort’s argument as one of fairness. As the court put it:  Simpson was fired without cause before his two-year agreement had expired, and hence “unfairly.” Therefore, Benfield should not benefit from Simpson’s termination by keeping the bonus. (Beaufort never used the word “unfair,” although the court said it was implied.)
The majority in the Appeal Court found that Simpson’s termination was in fact fair. “Most people would love to get a cheque for $136,000 without having to work for it,” the court wrote. “Not to mention complete liberty to get another paying job right away.”
Furthermore, the court concluded, Beaufort had no claim to the bonus, because it was not a party to the employment contract between Benfield and Simpson.
Finally, the contract of sale ruled the day in the event of any contradictions or inconsistencies between the employment contract and the sales agreement. The sales contract was explicit about the bonus being conditional on Simpson’s employment, the majority found.
Alberta Court of Appeal Justice Carole Conrad wrote a dissenting opinion. She said the employment contract was part of the overall sale agreement, and therefore Beaufort should be entitled to rely on the bonus because it was part of the contract of sale.
“Although the employment contract provided for Simpson’s termination for cause at any time, it only provided for termination without cause after the initial term of two years, but not before,” Conrad wrote in dissent. “That ancillary [employment] agreement was part of the total [sale] agreement and therefore Beaufort relied on that agreement being performed when it agreed to forego the final payment if Simpson did not remain employed for the full 24 months.”
SHARE
Fetching comments...