For the sixth year in a row, IBA’s annual Brokers on Carriers survey gave brokers the chance to speak out about their carriers’ services by rating their performance in eight key categories, from underwriting expertise and range of products to claims service and their commitment to the broker channel. Brokers were asked to rate their carriers on a scale of 1 (poor) to 10 (excellent).

In comparison to last year’s results, carrier performance has generally improved. The most significant increases in performance were found in range of products, quick quotes, and technology and automation, which all saw their scores rise by at least 0.3 points. Carriers’ rate performance, meanwhile, was largely stagnant between this year and last, and claims processing was the only category to see a dip in its score. The results suggest that carriers’ efforts to improve have not gone unnoticed by brokers. 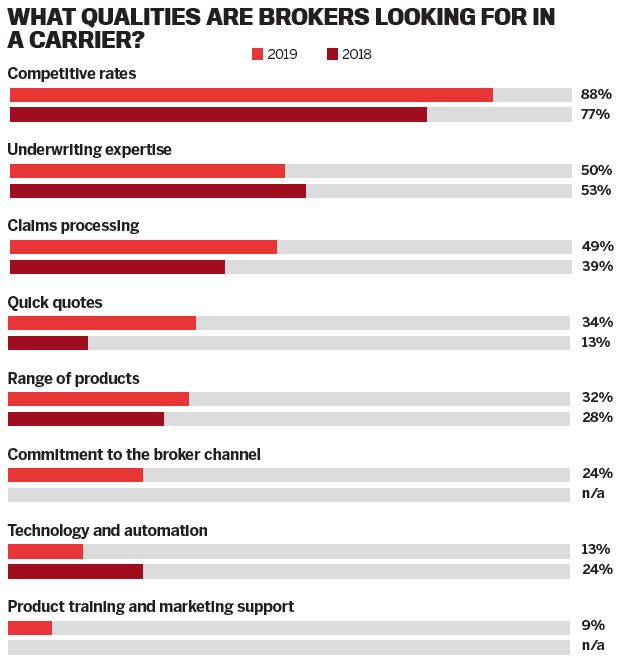 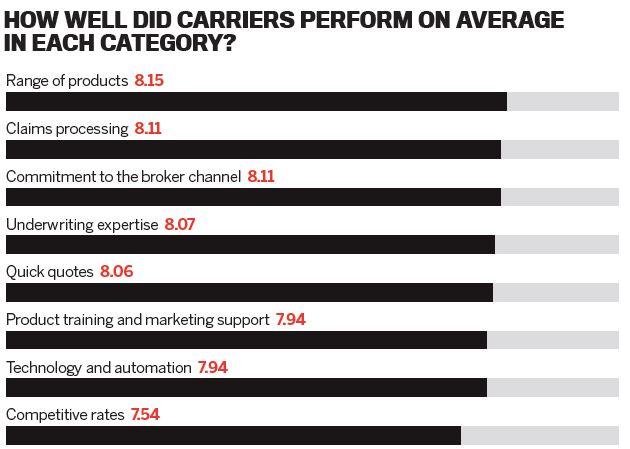 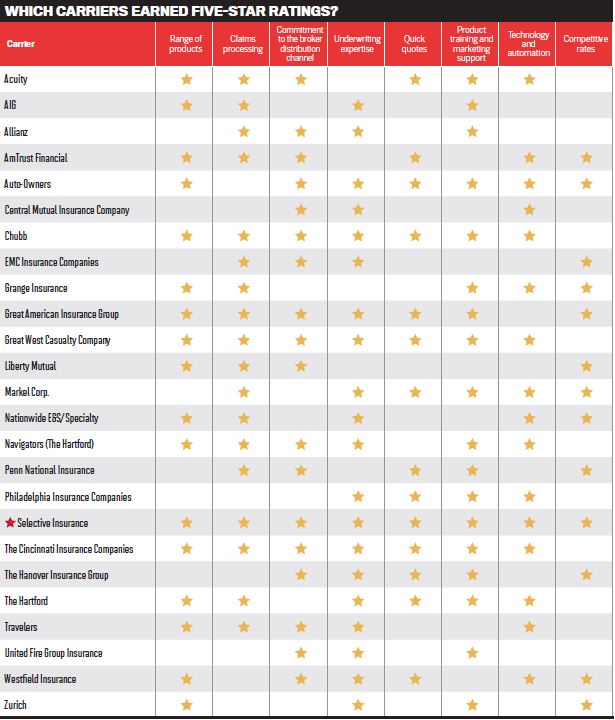