For IBA's fifth annual report on the best carriers the insurance industry has to offer, brokers came together to assess their carriers’ performance in 10 different aspects of the broker-carrier relationship. Focusing on key areas such as claims processing, marketing support, competitive rates and more, brokers rated their carriers’ performance on a scale of 1 (poor) to 10 (excellent) to uncover the carriers who are shining above the competition. They also shared details on key strengths and areas for improvement.

Compared to last year’s results, carrier performance this year took a slight dip in a number of categories. Competitive rates took the biggest hit, dropping by 8% compared to last year’s score, possibly due to hardening markets following several catastrophic events in 2017. However, carriers were still able to boost their performance in terms of reputation and financial stability and claims processing, which suggests that they’re doing their best to make up for the lackluster rates. 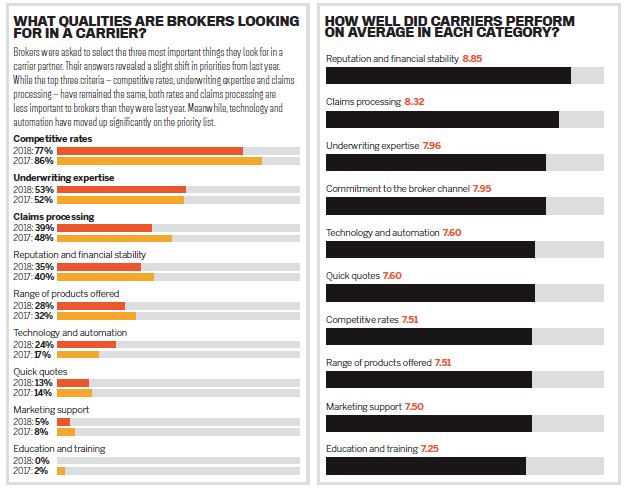 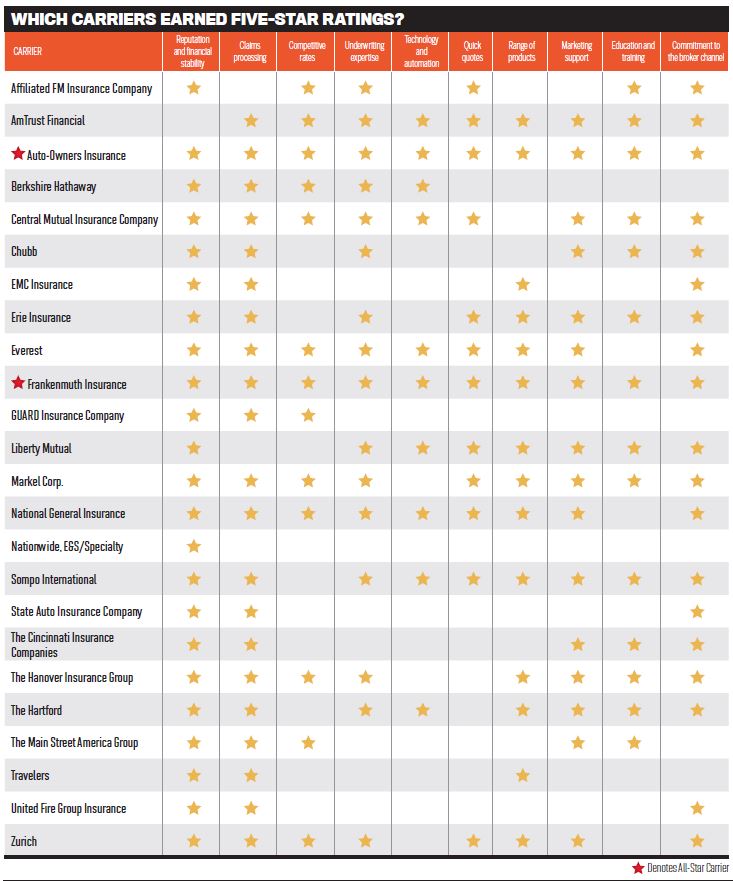