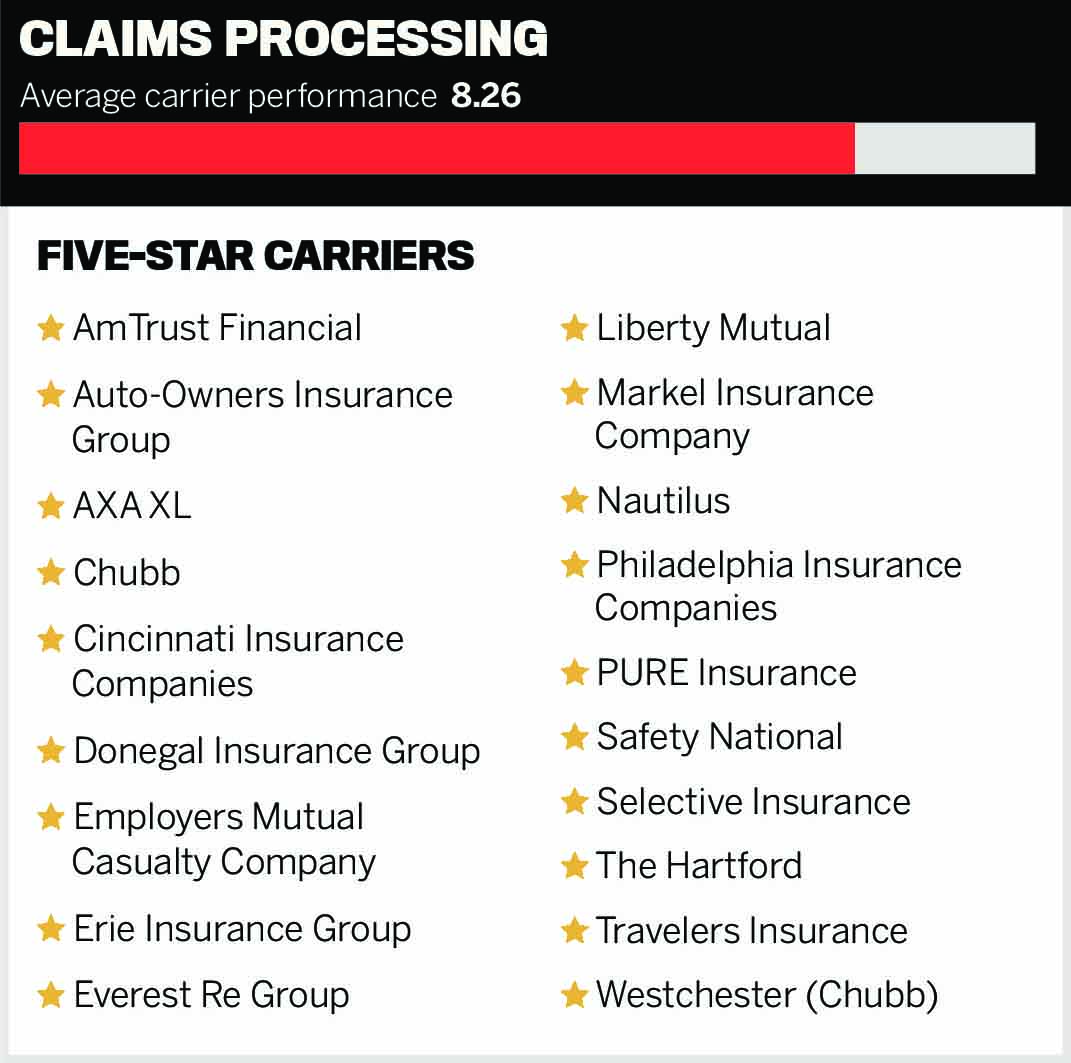 Claims processing remains a top priority for brokers, and it’s an area carriers have clearly invested in, judging by the increase in the overall average score from 8.11 last year to 8.26 this year. However, while respondents noted that claims service has improved in recent years, they also stressed that better and more frequent communication is key to everyone’s success. “Keep the agent involved in the communication chain so we are not blindsided when there is a problem or disagreement on claim handling,” one respondent said.

For those carriers that have made communication a priority, their efforts haven’t gone unnoticed. Several brokers described their carriers as “very responsive” on claims, and one praised their carrier for being “committed to their policyholders,” adding that “much of their claims practice is remarkable.” Respondents also mentioned the importance of fast turnaround times and quick responses, both as criticism (“must be done more rapidly”) and as praise (“they continue to find ways to be the best”).

Personalization of claims was often mentioned as a key way for carriers to nurture relationships with brokers, who wished for “more local adjusters” or a “dedicated adjuster by account.” Overall, though, the feedback in this category was largely positive.