It’s all change for CRU GROUP which has today announced the promotion of two senior executives, Kyle Winston (pictured above) as the new chair of the company and David Repinski (pictured below) as the new chief executive officer. Both appointments take effect immediately.

Kyle Winston, who is one of the company’s founding board members, worked in conjunction with his father, Gary Winston for several years before taking on the role of president of CRU GROUP in 2008. He led the expansion from a small Canadian catastrophe claims adjusting firm to an established North American group. This group now includes a Canadian claims company, a specialty claims company - Maltman International, a rapidly growing catastrophe and daily claims company - CRU USA, as well as an industry training company - AIA Centers.

In a Press release, CRU GROUP referred to Kyle Winston as the group’s “lighthouse keeper” and emphasized how his drive and vision has enabled the firm to achieve continuous growth and success across North America.

Meanwhile, Repinski initially joined CRU GROUP in 2019 as the first CEO of the company’s US business. Throughout his extensive career to date, he has occupied a variety of senior roles including as global development officer at Sedgwick. Before Sedgwick’s acquisition of Cunningham Lindsey, he served the business as CEO – Americas. 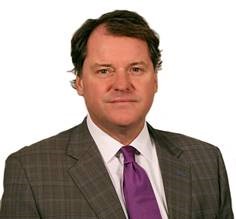 CRU GROUP highlighted Repinski’s “legendary work ethic” and his commitment to a client-first approach. The group noted that he will now be in a position to leverage his experience in the claims adjusting industry to help the business execute its ambitious plan for growth and sustained profitability across North America.

Commenting on the appointments, Gary Winston, founder of CRU GROUP, said that, looking back, he could not be prouder of what the organization had achieved and how its vision for a customer-focused North American claims adjusting company had won out over the last decade.

“While I have no intention of ever really slowing down,” he said, “I recognize it is time to ensure the next generation of leadership is firmly in the saddle at CRU GROUP and Kyle and David are just the right combination to take our organization to the next level.”

Kyle Winston noted that having worked closely with Repinski since the day he joined the organization, he has the greatest respect for his colleague’s integrity, team focus and client-driven approach to claims management. He said he is convinced that CRU GROUP’s new organizational structure positions it well to drive the next stages of its ambitious expansion plans.

Speaking about his promotion, Repinski said these leadership changes came as a direct result of the CRU GROUP board’s strategic planning process. He highlighted that while the group has a strong position across North America, it still has the potential for even more rapid growth in both its daily and catastrophe response claims capabilities, as well as other specialty areas including transportation and loss control services.

“I am thrilled to have the opportunity to partner with Kyle and the rest of the amazing CRU GROUP team,” he said, “to move forward with our growth objectives and achieve our ambitious milestones.”

Repinski will continue to work from the US head office in Dallas, Texas, while Winston will maintain his office at the Canadian head office in Toronto, Ontario

Gary Winston added: “We have come a long way since we started, but really, I think we are only just beginning.  I can’t wait to see where Kyle and David take CRU GROUP over the years ahead. The sky is the limit!”