The role of digital technologies in creating value for insurance brokers today is an essential consideration and with the continual development of new automation and analytical tools, it seems that this conversation is going to retain its relevance for the foreseeable future. For many smaller brokers, however, the question of the pricing of these technologies versus the value that they can add to the business is a significant one, and many brokers are looking for tools which will allow them to promote customer engagement without incurring significant cost.

Read more: "Technology is an evolution, not a revolution"

Though hardly a new solution, social media has the capacity to offer brokers the opportunity to reach out and interact with their end-users at little or no cost, but many brokers still appear reticent to utilise these channels. Below, Insurance Business discusses the opportunities afforded by social media with several individuals working for UK-based brokerages who have managed to successfully engage with this medium to the advantage of both their businesses and their clients.

For the MD of Northampton-based brokerage Pyke Smith & Cutler Ltd, Philippa Cutler (pictured above), getting involved with social media started as a personal interest when she was first introduced to Twitter. She quickly noted that there was a gap on Twitter when it came to local businesses within the insurance industry engaging with their customers through social media. Cutler detailed how she, through her utilisation of Twitter, LinkedIn and Facebook, has found that a key benefit of these channels has been their ability to raise the business’s profile.

“It’s about being proactive and engaging with other local businesses,” she said. “And about reinforcing the message that we are a long-established business in our 50th year of trading and we are here to help you. Customer service is our number one priority, and I’ve been very eager to put that message across, and that has really helped us with getting referrals for new business.” 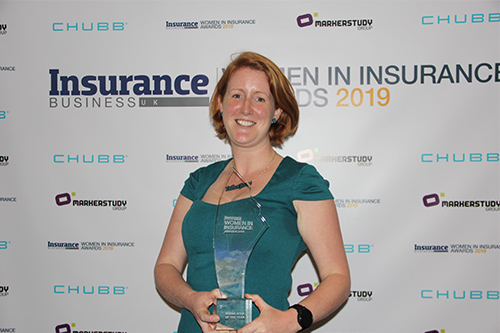 Director of business development at Gateshead-based insurance broker, Talbot Jones Ltd, Clare Talbot-Jones (pictured immediately above), was awarded the Rising Star of the Year award at Insurance Business’s Women in Insurance Awards 2019, and, when she first started utilising social media, it was precipitated out of sheer necessity. She was still working as a childminder when she and her husband were first building the business, Talbot-Jones said, and the question was how to balance these responsibilities with trying to network and raise the profile of this fledgling business.

Social media development manager at Romero Insurance Brokers, Keiran Fenwick (pictured below), has used social media throughout his career to date, and his position at Romero is his first role within the broking industry. For the traditional broking arm of the Romero Group, he said, LinkedIn registers as the most effective channel for engaging with customers, offering the greatest ability for the business to expand its organic reach.

Evaluating the key benefits he has enjoyed using social media, Fenwick noted that the platform has allowed the business to strengthen its core message which is centred around treating customers exceptionally and allows Romero to communicate this to both new and existing audiences. When considering whether social media is more effective at retaining customers or attracting new business, he believes that the answer lies somewhere between the two but noted that successful utilisation of this tool will go beyond these metrics. 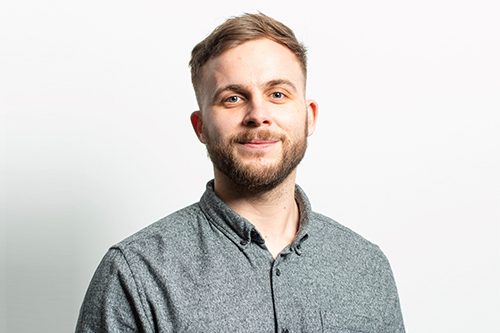 “While it is unquestionably the ultimate goal to retain, acquire and develop business relationships, I feel an often critical element missed is the impact social media can have internally,” he said. “Sharing success, promoting worthwhile causes and getting to know people on a personal level goes a long way to sustaining a positive company culture.”

Cutler also believes that while social media can and is utilised to engage new customers as well as following up with existing customers, it is also a valuable tool for allowing brokers to support and promote their clients. Interacting with the content produced by customers and sharing in their day-to-day successes is a great opportunity afforded by social media, she said, and has expanded the broking relationship beyond the remit of just contacting a customer once a year to talk about their policy.

“I make sure that we’re very responsive and always there,” she said, “and I think they feel very supported by that, as a lot of more corporate brokers cannot offer that same level of personalised service.”

A lot more brokers are now embracing social media in their own businesses, Cutler said, and her message for any brokers looking to make inroads into these channels is that it is absolutely worth pursuing. They must be careful, however, she said, to make sure that these channels have a careful balance between sales messages and genuine relationship building. Brokers should show both their human side and their customer service sides, she said, as simply advertising their price is not the way to win quality business.

This holds true for Talbot-Jones also, who outlined that social media should be used as another arm of genuinely add value for customers. She does not post anything with the aim of trying to get new business, she said. She outlined how the content she does produce, which is centred upon adding value and providing insight, has the overall impact of actually generating more sales.

“Social media is really an intrinsic part of life for people in the UK and through most parts of the world,” she said. “So, if people want to be engaging with other people, they need to be on social media.”

Fenwick stated that there are unquestionable benefits to brokers using social media, but that caution should always be used when it comes to implementing new channels.

“To have an effective social media presence without throwing resources into an endless money pit, you must first have structured goals,” he advised. “These goals must align with who you are as a brand. If you follow the crowd and post with no intent, you risk your message being lost in a sea of blank rhetoric. However, if an investment is made in the right areas at the right time, social media can be an effective tool for the future.”