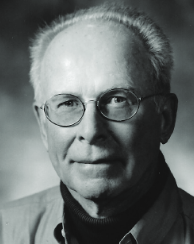 A past president of NAPSLO who became a philanthropist and an advocate for LGBTQ rights has died.

James H. Bryson (pictured), 84, died Monday. Bryson served as NAPSLO’s fourth president from 1979-1980. NAPSLO is one of two legacy organizations that merged in 2017 to form the Wholesale and Specialty Insurance Association (WSIA).

Bryson graduated from Bryant College with a bachelor’s degree in business and served two years in the Navy, according to the WSIA. He began his insurance career as an underwriter in Ohio, and held executive positions in Philadelphia and New York. In 1977, Bryson founded Bryson Associates in Jenkintown, Pa., which he sold to Aon in the 1990s.

Bryson was a philanthropist and equal-rights advocate. One of his proudest achievements was the creation and funding of the Bryson Institute for Sexual and Gender Diversity Education at Philadelphia’s Attic Youth Center in 2000.

“Many of our colleagues regard him as a pioneer in the industry, and his positive impact on the wholesale, specialty and surplus lines business continues today,” Joel Cavaness, WSIA president, and Brady Kelley, WSIA executive director, said in a statement. “We are indebted to his work to help establish our legacy association.”