Hyperion CEO and CFO speak out on future growth

When Hyperion Insurance Group announced its year-end results yesterday, the market-leading organic growth of the organization was highlighted as a centric measure for its success, not just over the last year but over the last 25 years. Hyperion CEO, David Howden (pictured above) stated that organic growth and sustainability have been a key feature of the group, and its organic growth rate of 11% is something that has been emphasized as the barometer of a healthy business.

Speaking with Insurance Business, he said: “You can grow by acquisition but the reality is that the only way you can prove you’re doing something that clients want is by winning new clients or selling new policies to existing clients. And that’s what organic growth demonstrates.”

Hyperion, CFO, Mark Craig (pictured below) added that Q1 for the new year is already showing good organic growth and that this area is very much seen as the organization’s core, underlying business. Organic growth, he said, helps to generate cash for investment in other non-growth activities which is an important focus for the group. 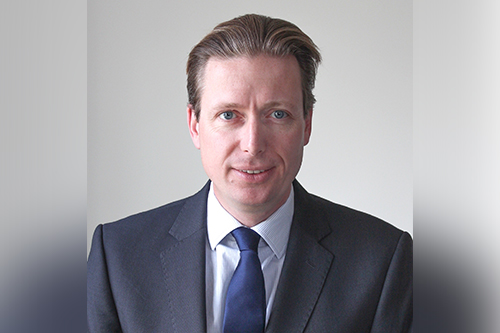 2020 will be the year that Hyperion also merges its two major broking businesses into one, with them operating under the Howden brand from October 01, 2020. These businesses are incredibly strong, Howden said, and this move is an opportunity to fully align the management talent from both.

One of the advantages of aligning and merging the two broking businesses, said Craig, is that individually the two brands could be considered slightly under-represented in the market. The full scale of Hyperion’s broking business will be emphasized by the prominence of these businesses operating under one brand, he said.

When this is linked up with Howden One, Hyperion’s global broking network, the full power of the broking network will become clear as it will cover over 90 territories with 15,000 people.

Looking at how growth through acquisition will be used to complement the organic growth utilized by the organization, Howden outlined the group’s acquisition strategy which, he said, has always been highly selective and guided by two central themes – strategic fit and cultural fit.

“We’re trying to build scale in key geographies and/or (because they’re often linked) in key products,” he said. “We’re not aggregators buying businesses for the sake of it.”

Cultural fit is particularly relevant in this industry, Howden said, and Hyperion ensures that acquired businesses tend to mirror its own business model and be employee-owned with strong entrepreneurial DNA. Looking at the previous year, he outlined how the acquisition strategy of the organization was focused around building scale in territories or products.

Looking at Howden as a broking business, he said, whereas eight years ago it had no revenue from Asia, this market now essentially represents a quarter of its revenue. Likewise, he said, five years ago employee benefits were under 4% of revenue but today, on the broking side, these products signify over 30%.

“In terms of capacity for acquisitions,” Craig said, “we’ve got around £300 million (around $390 million) of available liquidity for acquisitions before we have to go back to the market to raise any more financing. We’re going to spend that wisely over the course of the year on targets in either products or strengthening markets. We’ve got quite a long pipeline of things we’re looking at, but we’re going to be selective in what we actually acquire.”

An essential consideration for Hyperion, Howden noted, as well as organic growth, building sustainable returns over the long-term and strategic mergers and acquisitions, is the area of talent attraction. The employee-ownership business model of the organization, he said, has been instrumental in attracting a lot of talented people into the group, both in the UK and internationally.

He highlighted how, over the course of the last five years, the number of employees who are shareholders of the business has significantly increased, and said this ownership has empowered employees.

Sustainability remains a central driver of the group, Howden said, and this has been behind the development of Hyperion’s employee-ownership model as well as impacting how the group builds expertise and distribution, and how it maintains long-term investors.

For Hyperion, the actions it is taking to cement this aim include the formation of a sustainability committee and the scaling up of its charitable entity, the Hyperion Foundation, following the success of its Million for a Million campaign. For its employees, these efforts will include an internal share offer which will allow all interested employees to buy shares in the group.

“[Sustainability] is a big part of our future,” Howden said. “We recognize that everyone’s got to do their bit for a sustainable future, or we won’t have one.”

How can leaders bring customer centricity to life?