Autumn brings rain and storms to some parts of the US and fire to others. In the case of the west coast, images of wildfires burning through several states have made headlines amid what’s become a devastating wildfire season.

In California, the Department of Forestry and Fire Protection (CAL FIRE) has reported that since the beginning of the year, there have been over 8,100 wildfires that have burned more than 3.9 million acres in the state. Additionally, more than 96,000 residents have evacuated across California. In total, fires in that state, as well as Oregon and Washington, have burned around three million hectares in 2020 so far, making this the west coast’s worst wildfire season in at least 70 years, according to the American Association for the Advancement of Science (AAAS).

However, this devastation hasn’t brought a subsequent wave of claims to the insurance industry, for a number of reasons.

“Since 2017, with the Atlas and Tubbs fires in Northern California, we’ve seen a steady decline in the number of claims and the severity of the claims we’ve been getting out of the wildfires, and that’s due to underwriting changes,” said Steven Kennedy (pictured above), VP and regional head of property and engineering claims, Allianz Global Corporate & Specialty North America (AGCS), adding that this year, “We’ve had 21 losses reported, and it’s probably going to be under or right around $10 million for all of those events, so it’s negligible for us.”

Compare that to 2017, when AGCS saw more than $100 million in losses and decided to take a hard look at its book of business. In turn, the company introduced a run-off of its agribusiness since a large portion of the 2017 losses came from wineries and similar exposures.

Kennedy added that now, “We’re taking higher deductibles and higher attachment points … and we also use private firefighting services, which has helped to mitigate some of the losses as well.”

Another reason for the lack of losses witnessed by insurers this year is a result of the areas that the 2020 wildfires have hit so far.

Speaking about California, Ron Abram (pictured below), Risk Placement Services (RPS) area president, Sacramento/Northern California, said, “The good news is that the majority of that acreage that’s been affected is very sparsely populated. That stated, however, there have been more than 6,000 structures consumed so far this year in all of the fires combined.” 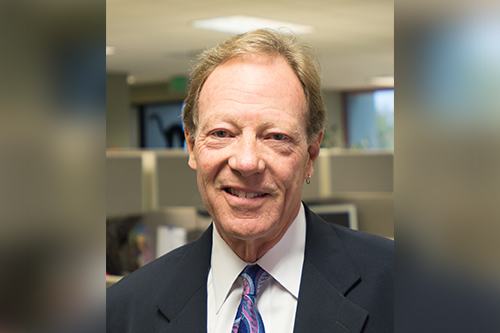 He added that the wildfire devastation has been limited to small communities, though, even so, the fact that these events have mainly occurred in sparsely populated regions means that evacuation has become a bigger challenge for residents. And despite the lower levels of claims, many people have still been displaced from their homes, some of whom come back to find nothing and others that find their homes completely untouched.

Past years of wildfires have nonetheless left their mark on the property insurance marketplace. The dwindling availability of affordable insurance for properties in high-risk areas has been well-documented. Recently, California insurance commissioner Ricardo Lara has been looking to pass new regulation that would allow home insurers to raise premiums, with the idea being that the changes could also improve insurance availability to policyholders in wildfire-prone regions.

“What has occurred here is a retraction and contraction of the marketplace, particularly in what we label the wildland urban interface areas,” explained Abram. “The insurance providers have dramatically withdrawn product that’s available to those people in higher fire class areas.”

Many of the standard lines companies are non-renewing any property that has a score in excess of six in the fire protection class system, and are often excluding properties that have an even lower score than that. The result is that many homes have been uninsurable through traditional sources, and are falling into California’s FAIR plan, or they’re going uninsured altogether, according to Abram.

For retail agents working in the hardening property market, the RPS expert says that education has been a critical component in helping them help their insureds.

“If they’ve been getting suppressed premium pricing for 10 years, and then they get a 50% or 100% bump, they get very upset about that,” said Abram. “The reality is the insurance companies are not making any money and need to have pricing relief, but the agent has not been educated on hard market times, so they’re not used to seeing pricing increases.”

He continued: “Education to the agent base on what to advise their clients to do and how to do it is where we need to focus our energy, and when we do so, we see the results of that with the agents that embrace it. They educate their clientele, they show them the characteristics and coverage availabilities in the products that are being offered, they compare coverages, and really try and pinpoint what the insured needs, rather than just selling an HO3 policy and telling them it’s covered, so don’t worry about it – they can’t do that any longer.”