Market Analysis: when is the investment bubble going to burst in insurance? 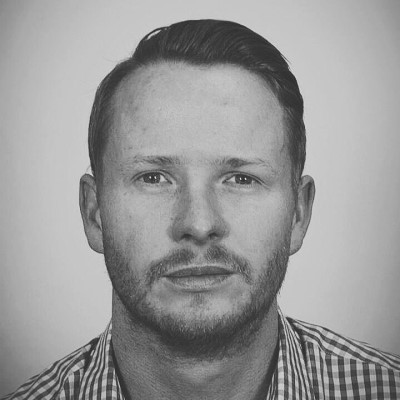 During the first half of the year, there were 320 insurance agency mergers and acquisitions across the United States and Canada – a record six months. Cashed-up private equity firms continue to chase the safe North American insurance dollar.

Despite the seemingly never-ending supply of agencies putting themselves on the market, individual agency values continue to inflate - but surely there must come a point when the bubble bursts? So is that time near and should agencies be selling up now? And what are the consequences of this PE “feeding frenzy”?

PE firms have been buying into the agency space since “pre-crash” times, but the activity has been ramping up, says Tim Cunningham, managing director of OPTIS Partners, an investment banking and financial consulting firm specializing in the insurance industry.

“I’m seeing valuations remain at record high-levels for longer than I would’ve anticipated,” he says. “I don’t see anything changing dramatically in the near future short of an economic or geopolitical global catastrophe.
“Part of it is, I think, competition. In a sense, it’s a little bit like a feeding frenzy. But we’ve been in this pretty high-valuation territory for … a year or a year-plus.”

There were 135 reported US and Canadian transactions in the second quarter of 2017, according to OPTIS Partners, following 185 deals reported in Q1.

Unsurprisingly, PE-backed buyers continued to lead the charge with 75 transactions in Q2, up from 60 in Q2 last year. Privately held brokers were second, making 39 deals, three more than in Q2 2016.

Why the investing interest from private equity firms?

Ultimately, they have investor money they need to spend, and they want something to invest in that’s safe and profitable. And the timing, right now, couldn’t be better, as career insurance agents from the Boomer generation look to cash up and get out of the workforce.

“They [PE] recognize [insurance agencies are] a medium-margin business,” continued Cunningham. “[But] what they like about the business is the cash flow is reasonably predictable and it doesn’t require any capital expenditure.

“I would say, in a positive way, it’s a perfect storm. There’s a lot of Baby Boomers that own equity in firms [and are looking to retire]. So that’s my perfect storm: a lot of capital, great inventory, lots of deals. It’s as basic and simple as that.”

But what is the end-game of the PE investment in the sector?

PE firms need to sell their portfolio companies approximately every five years, as a “liquidity event” for their investors – but then they’ll buy again. And the agencies they’re selling are going to other PE firms. So, essentially, it’s a financial merry-go-round, with insurance brokers riding the dancing horses.

“It’s interesting. You’ll see the same ones are fairly active in the sector, so they’ll invest in one, sell it, and, sure enough, six, 12, 18 months later, they’re buying another one. Frequently their equity interest is being sold to another private equity firm,” Cunningham says.

While M&As are rampant, they’re not necessarily doing the industry any favours in a reputational sense – at least, according to Allen Hudson, vice president of commercial insurance at Sahouri, a Washington, DC-headquartered independent agency, who’s been keeping an eye on what’s been happening around the industry.

The sellers are making out big, as are the PE firms, and the merger agency groups are getting stronger. It seems like a win-win-win, but the reputation of the industry may be taking a hit, Hudson says.

“It is becoming a pretty big cause for concern,” he said. “I mean, in my humble opinion it’s great for the independent agency, but it’s not going to help the insurance industry reputation as a whole.”

“What is that doing on the customer side? I’ve probably won a dozen accounts between $100,000-$250,000, you know, 500-person companies, and they’re like, ‘wait a minute, I’ve been dialled into a service center. I’m clearly not getting the account manager I used to get,’” he explained. “And we’re glad to take those on, but it’s also just leaving a terrible taste in the consumer’s mouth.”

The insurance is at risk of becoming a commodity, Hudson says. The mass mergers, and the “efficiencies” the companies create across their acquired agency groups have gone “beyond efficient, to the point of [being] bad … and inefficient for whoever is going to buy it next,” he says.

What will become of the small independent broker?

One take is that the number of indie agencies is actually on the rise, even in the face of unprecedented merger activity.

“The reality is, though, that the system is regenerating itself very rapidly,” Kevin Stipe, president of Reagan Consulting, which provides strategic consulting, valuation, and M&A services to independent insurance agencies, told Insurance Business magazine earlier in June.

“There’s this kind of instinctive belief … that the independent agency is going to go away, that at some point it’s going to disappear off the face of the map, having been hunted to extinction by these buyers,” he explained.

“As it turns out, over the last five years, there are over 3,000 new agencies that have been created. So you’ve got this system that looks like it’s shrinking because of all the [buyer] activity and yet [new] agencies are … basically filling the pipeline back up. So it’s a very interesting time.”

However, Cunningham is less sure the future is as cheery as all that. The numbers may not quite stack up evenly on the insurance revenue scales.

“One may be sold, and one may be created, but if the one that’s being sold is $10 million of revenue, and the one that’s being created is $100,000 of revenue … I don’t think it’s a valid statistic,” Cunningham says. “I know the ‘Big I’ [the Independent Insurance Agents & Brokers of America] like to tout that the numbers of independent agents have stayed about the same, but I would suggest that the big are getting bigger and there’s much more concentration at the big size.”

So … should you sell now?

“If you’re looking for your exit in the next three-five years, I think I would consider going to market now, because I don’t think valuations are going to get any bigger,” Cunningham says.

“If you’re looking for an exit probably five years out, I’d say stay the course and keep building your firm, be profitable, and have fun doing it.”

Do you have an issue you wish to discuss or see featured in our new market analysis section? Reach out to Sam Boyer now – [email protected]
SHARE
Fetching comments...