A look at America’s exposure to natural catastrophes

Mother Nature never fails to remind us of her overwhelming power. In 2020, global economic losses from natural catastrophe events hit US$190 billion, according to a Swiss Re Institute sigma, marking a 1.6% increase between 1970 and 2020 on a 10-year moving average basis. Global insured losses from disaster events in 2020 were US$89 billion, mostly resulting from secondary perils like severe convective storms, floods, and wildfires.

Severe convective storms – which encompass tornadoes, hail, straight-line winds, and lightning – were the main loss driving peril in 2020, resulting in US$36.3 billion global insured losses, followed by wildfires at US$11.6 billion and floods at US$6.1 billion, according to the Swiss Re Institute. Furthermore, accumulated insured losses from severe convective storms from 2011 to 2020 exceeded the losses from all primary perils (e.g. tropical cyclones / hurricanes, earthquakes, winter storms) put together.

According to Aon, insured losses in the US from severe convective storms totaled at least $10 billion each year since 2008. While scientists cannot say the frequency of storms has gone up, the severity of losses from these storms has certainly increased, primarily due to population growth and economic development. The unpredictable location and frequency of severe convective storms make them troublesome for many insurers to confront. In recent years, for example, there have been severe hail losses in locations outside of traditional ‘hail alley’ states.

Read next: What’s key during a catastrophic event?

“Hail contributes the most to insured losses from severe convective storms,” said Chris Allen (pictured), Ph.D., senior product manager, Risk Management Solutions (RMS). “It’s deceptive because it can seem purely ‘attritional.’ The Calgary hailstorm of June 2020 was the fourth-costliest natural disaster in Canada. The October 2010 hailstorm in Phoenix, Arizona is a prime example of a very costly event (approximately $5 billion economic loss) that occurred in a very unexpected location. It is clear that hail losses are not just the annual sum of many small events in the usual places.”

Wildfire is another peril that has increased in severity due to socio-economic developments. The United States is currently battling yet another hyperactive wildfire season. From January 01 to July 27, 2021, there were 36,796 wildfires, according to the National Interagency Fire Center (NIFC), up from 30,760 fires in the same period last year. In 2020, the NIFC reported 58,950 wildfires, burning approximately 10.1 million acres, compared with 50,477 wildfires in 2019, burning 4.7 million acres. 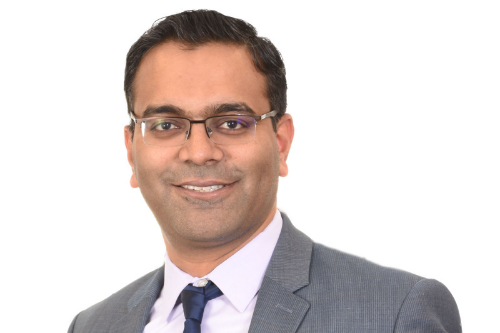 “Escalating impacts from climate change are being felt the world over,” said Raghuveer Vinukollu (pictured, directly above), SVP, Nat Cat Solutions lead, Munich Reinsurance. “The US has been heavily impacted by wildfires; more severely over the past four years. Longer dry seasons and higher temperatures, with climate change a contributing factor, are becoming more common, especially in California. This can fuel extreme wildfire events. A complex interplay of man-made and natural factors has made wildfires a hazard that is difficult to quantify and - in many places - an increasingly common sight.”

Read more: How insurance agents can strike the balance in “moments of truth”

Flooding is the most frequent and costly natural disaster in North America. Almost all Americans have some form of flood exposure from either storm surge, pluvial, or fluvial sources, and yet, the US is known to have a sizeable flood insurance protection gap, which has resulted in significant water-related losses. But the future is looking brighter. In recent years, momentum has built in the private flood insurance market, presenting more flexible and affordable coverage options beyond the National Flood Insurance Program (NFIP).

Often, people only associate flooding with storm surge triggered by tropical cyclones or hurricanes. Two images that spring to mind are Houston under water after Hurricane Harvey in 2017, and, of course, the devastating flooding in New Orleans after Hurricane Katrina in 2005. But flooding can occur in multiple ways and in some of the most unsuspecting environments. Closing the flood insurance protection gap is just one step in improving America’s resilience to flooding and similar climate-related disasters.

As for hurricanes, Elsa became the first hurricane to make landfall on US soil in the 2021 Atlantic Hurricane season, when she smashed into Taylor County, Florida on July 07, before rolling up the east coast to hit East Hampton, New York, on July 09. Initial estimates from catastrophe modeling firm Karen Clark & Company (KCC) suggested that privately insured wind and storm surge damages to onshore properties and automobiles could be close to $240 million in the US – a relatively expensive start to what was predicted to be yet another over-active hurricane season. 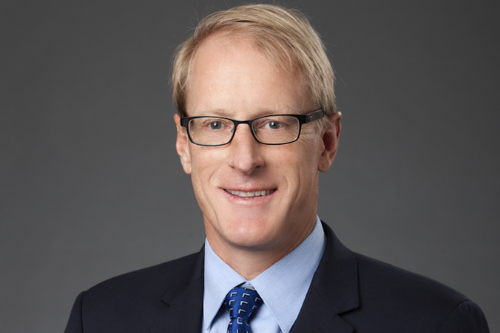 “Insurers must take a hard look at the most recent decade and the distribution of major hurricanes,” said Tom Larsen (pictured, directly above), principal for Insurance Solutions, CoreLogic. “The count of major landfalling hurricanes from 2011 to 2020 trended below the long-term decadal average of major hurricanes, but the intensity of major hurricanes in the last decade is higher than the long-term. This shift toward more intense, major hurricanes is consistent with current projected climate change effects and will likely accelerate the trend of insurers moving away from experience-based hurricane frequencies towards model-predicted frequency models.”

Technology is not just having an impact on how insurers are dealing with hurricane risk. Today, technology has a strong and growing role in the monitoring, management, and prediction of all catastrophic events. Leading insurance carriers are turning to data modeling tools to better understand the impacts of things like climate change and socio-economic developments on catastrophic weather risk so that they can meet the needs of insureds today and develop innovative insurance solutions for the future.