Challenging wildfires not going away any time soon

As CoreLogic’s ‘2019 Wildfire Risk Report’ states: “While these numbers can’t help to predict the wildfire season of the future, they show a disturbing trend of increasing wildfires across the country, with the majority of increase acreage occurring specifically in the Western states.”

There are four key factors that affect wildfire risk, according to CoreLogic, which are: fuel (vegetation species type and density affect fire risk); fire history (areas of recurrent fires present long-term threats); aspect (the cardinal direction of slope faces); and slope (often linked to the speed at which fires move). 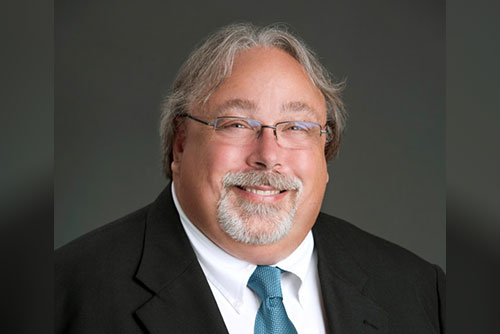 “After 2017 and 2018 saw almost 19 million acres burn between them, people have started to use the phrase ‘the new normal’ to refer to severe wildfire seasons,” said Tom Jeffery (pictured), senior hazard scientist, CoreLogic Spatial Solutions. “That phrase is a difficult thing to support because it’s going to take some time to really interpret whether this is what we’re going to face moving forward. Having said that, I don’t see any reason to believe that what we saw in the last two years is going to change any time soon.

“That’s because the four factors that affect wildfire risk are all there. We have the fuel, the condition of the fuel, and, most importantly, the location of homes in and around those areas of high-risk – what’s known as the wildland-urban interface. I just don’t think this wildfire trend is going to reverse itself anytime soon, based on what we’re seeing. We’re probably going to be dealing with this for a considerable amount of time.”

In such a tricky risk landscape, it’s important for homeowners and business owners to truly understand their property exposures. As Jeffery suggested, it’s not as simple as saying: ‘I don’t have any trees on my property or my parcel of land, and I don’t have a lot of fuel, so I don’t have any risk.’ That’s a short-sighted view of wildfire risk mitigation because the neighboring fuel – the forest that’s 500-feet away, or the chaparral that’s growing in the slope near your property – can present very real risk to nearby structures.

“People need to understand their property’s location in relation to that risk, not just whether fuel is located on their property. Having that awareness allows people to prepare and plan for wildfire,” Jeffery told Insurance Business. “Essentially, insureds are trying to reduce the risk to their structure, their home, their property – and with wildfire, that’s much easier to do than with other hazards. It’s much more expensive to apply mitigation in areas that are flooded frequently. But with wildfire, there are several dozen types of mitigation that homeowners can do to really reduce the threat of a fire coming up and igniting their homes.

“I think it’s important that homeowners understand the risks so that they can take those mitigation steps and reduce that threat potential. In some cases, mitigation does an excellent job of actually deterring wildfire from igniting a home.”