Gulf tensions are impacting marine insurance rates … but by how much?

Tensions in the Gulf of Persia continue to rise, with Australia now sending a contingent to join the US-led freedom-of-navigation coalition, which will ensure the safe passage of oil tankers through the Strait of Hormuz. After a summer of attacks on tankers in the region led by Iran, insurance underwriters are increasing war-risk insurance premiums for ships that pass through the Persian Gulf, though the impact on premiums shouldn’t be taken out of context.

In fact, war risks have been a relatively profitable class due to lack of activity in the past five to 10 years, which means the rates have been benign as well, according to Marcus Baker, global head of marine and cargo at Marsh JLT Specialty. While a doubling in prices as a result of the Gulf tensions might seem dramatic, the numbers are not as jaw-dropping in dollar terms, with rates increasing in some cases – depending on a variety of circumstances – from .25% to .5% on a gross basis.

“We are seeing a pretty consistent reaction to this in that people are now saying this is a much more dangerous area for shipping,” said Baker. “But, it’s only a handful of ships that have been damaged, not a whole succession of ships, so I think there is a degree of pragmatism about this. Clearly, there is concern that this could happen again tomorrow, but we’ll have to wait and see how this particular issue plays out.”

If tensions continue to escalate, Baker expects to see more significant implications for insurers and ship owners, based on other similar events from history.

“In the Six-Day War, the Suez Canal was deliberately blocked by the Egyptians without warning, and, in the end, there were [around] 50 merchant ships trapped in the Suez Canal for the best part of seven or eight years,” he explained. “This issue ended up going to the UK courts to decide whether these ships were a total loss or not, as they hadn’t been damaged – they were just sitting there doing nothing. The court said, yes, they were a constructive total loss, because the ship owners were deprived of usage.”

With the marine insurance market dating back 300 years, some policies are now being updated to reflect the reality of current risks.

“The language is now being changed so that in modern war policies, anything over six months is considered a constructive total loss,” said Baker, adding that if a ship gets seized for three or four months, and the insured  hadn’t “bought specific coverage to take care of these particular types of situations, which they might not have [addressed] in normal hull language, then they would have had an asset that wouldn’t have been earning anything for the best part of four months, and they wouldn’t actually have insurance coverage for it. In terms of implications, there are some technicalities around coverage that may have ramifications on the shipping industry in terms of those challenges, and it’s something that we’re certainly talking to our clients about.”

In spite of the geopolitical tensions, the global shipping environment is actually looking safer than it has in many years. According to the 2018 AGCS Safety and Shipping Review, there were 94 total shipping losses in 2017, the second lowest total in the past decade, which saw 1,129 losses overall. Over the past decade, total losses have declined by more than a third (38%), driven by improved ship design, technology, and advances in risk management and safety.

Nonetheless, one expert refers to the marine risk landscape as “old routes with new challenges.”

“We’re seeing new technologies come into play – we’re looking at drones, we’re looking at GPS spoofing, we’re looking at cyberattacks – so it’s a very complex risk right now and, as a result, the area that’s being impacted is not just the Strait of Hormuz, but we’re looking more into the Gulf of Oman, and some of the ranges of exposures are increasing so the impact is felt across a wider area,” said Captain Andrew Kinsey (pictured below), senior marine risk consultant at Allianz Risk Consulting (ARC). 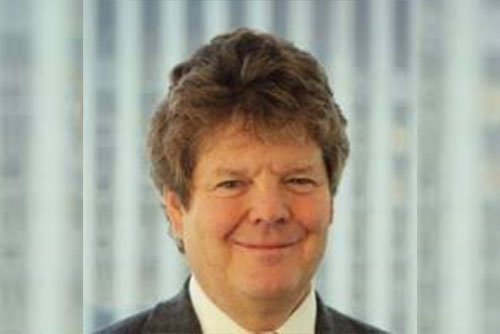 “The current best practices that [vessels] should be employing are both old school and new school, especially when we’re looking at spoofing, and also the cyber aspects. We always had it hammered into our heads constantly: the prudent mariner will not rely solely on any single aid to navigation. And while GPS feeds so many things on-board, it’s important that companies and vessels realize that it is a single source, so it’s really important to utilize other sources, such as radar ranges, visual bearings, and things like that don’t get tied into just a GPS.”

In this environment, the marine sector can’t be complacent, added Kinsey. New technology might be helping with safety, but it can be a double-edged sword by opening up ships to cyber hackers. Misdeclared goods are another issue, especially with the rise of ultra-large container vessels that raise the stakes.

“We’re seeing the importance of getting a handle on these mis-declared goods because of the devastating impact they can have. While the ultra-large container vessels have some fantastic benefits for economies of scale, they also have tremendous growth in risk from mis-declared cargo, where a single mis-declared or improperly packaged container can lead to the loss of an entire vessel,” said Kinsey. “The bottom line is that we really need to increase our inspections [and] cargo screening, so we know where the violations are occurring in the supply chain. You can’t fix a problem until you know it exists.”