Is this the key to insurance agencies working anywhere in the world?

From phone systems and video chatting to management systems and data security, technology at work behind-the-scenes at insurance agencies is taking big steps forward, while giving a leg-up to insurance professionals. The integration of multiple third-party services that allow for seamless scanning of forms and documents, writing proposals, and auto-dialling is particularly on the rise, even if adoption has been slow-going.

“Insurance has always struggled with integration and been slower to adopt some of the integrations that other industries have, so I’m definitely seeing a lot more of that and a lot more interest over the last year,” said Derek Armentrout (pictured, above), product manager at insurance technology company EZLynx, adding: “There are a lot more insurtechs that are bringing these kinds of services and creating a point solution for a specific problem, so instead of trying to do a complete agency management system, they’ll just tackle one little part of that problem – just the writing proposals, for example, or just the contact management – and then as the agents are seeing all the other ways that they can have integration between their products with Google or Microsoft, they start to expect that from their management systems, too.”

Automation has been another big change facing the insurance industry in recent years, as certain repetitive tasks can now be automated thanks to techie solutions, though there’s also some hesitancy among agents to jump on the automation bandwagon.

Read more: We want Artificial Intelligence – but not to replace humans, says Hiscox

“People are realizing that over-automation means losing the personal touch, which is really the distinguishing factor for an independent agent – being able to talk to their customers, guide them, and let them know there’s a person on the other end of the phone, and not just a website,” Armentrout told Insurance Business. “It’s possible to go too far with automation, so I see a little bit of hesitancy around there, which is a good thing.”

The communication tools used by agents are, meanwhile, joining forces, whether it’s office lines, mobile phones, or video chatting software. In early 2018, Jive Communications, a provider of cloud-based phone systems, was acquired by LogMeIn, which brings software as a service and cloud-based remote connectivity services to the marketplace.

“There’s actually more unifying going on in different mediums of communication, so your chats, your video, and your phone communication are starting to unify platforms,” said Stephen Jolley (pictured, below), marketing manager for Jive. “There’s one vendor, one person to look to for support, and this acquisition is a big part of that unifying.” 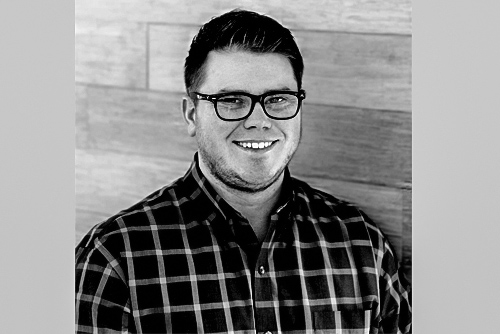 From their smart phones, users can now launch a phone call or a GoToMeeting video conference all through one platform. Because these services are cloud-based, there’s also more flexibility for employees since they can take their work phone system with them anywhere, though the acquisition also signals a broader theme in technology developments for insurance agencies.

“Less face-to-face interaction is needed between brokerages or agencies, and the end buyer, as a lot of the interaction now moves towards video conferencing,” said Jolley, “which also expands the brokerage or the agency’s ability to market everywhere. They no longer are restricted to who can drive to our location within 20 minutes to meet us face-to-face.”

Not all technology news is good news. With headlines in the past year warning about the fallout from bad data security and privacy practices, consumers are becoming more attuned to how their information is being used and safeguarded, or not, though that same level of awareness hasn’t yet reached insurance agents.

“I don’t think there’s enough awareness quite yet, in terms of paying attention to where is this data going and where is it being used,” said Armentrout. “The downside to all these different services that are out there now is some of these vendors are very good stewards of the data, and they pay really close attention to the security of it and what’s being done with it, and for other vendors, it’s maybe not on the radar yet – it’s a little more of an afterthought. Something that I think is slowing adoption in some of that is concerns among agents who don’t necessarily distinguish between vendors who take the data security seriously and those who don’t, so they worry about putting anything in a cloud service.”

On the other hand, there are plenty of agents who don’t pay enough attention to data security, and who will share information everywhere and anywhere.

“Insurance data, next to healthcare information, is probably the most sensitive data out there. People get concerned about their credit card being stolen, but the reality is that it’s a little bit of a pain to replace your credit card, but generally, you’re not going to be liable for the charges,” said Armentrout. “Insurance data is a lot more sensitive than that – you’re talking about your driving record, if you have any DUIs, a list of all your valuables that would be of interest to people. There’s a lot of sensitive information in there, and I really hope that at least agents are starting to consider, are the people that I’m sharing the data with, the vendors, do they take that privacy as seriously as I do?”

Nonetheless, two years ago, Armentrout didn’t hear a lot of agents talking about this issue, so the tide is turning.

“They’re worried about their customers’ data security and they didn’t stop to think about what they were doing themselves. I’m starting to see more people pay attention to that now,” he said.