The good, the bad, and the unlikely in Tesla CEO’s plans

Elon Musk has been rocking the boat in the insurance industry as of late after confirming in a Q1 earnings call that Tesla planned to launch its own insurance product, later announcing that the automotive company would partner with State National Insurance Company, a subsidiary of insurance titan Markel Corporation, which will serve as a fronting company for the program.

The move makes some sense, considering that insurance for Teslas can run up quite the bill, though there are other benefits for the company in getting into the space.

“Making insurance easier to get and at a lower rate has to be beneficial for the business of Tesla,” said Ian Sweeney (pictured, above), general manager of mobility at Trov, an on-demand insurance platform, adding that this is a long-term play as well. “As new technologies [develop], particularly around self-driving or advancements around features in Tesla around self-driving, which Tesla believes will reduce the risk apparent in driving these vehicles around the world, there is [an opportunity] to jump into the insurance space is some way, shape or form, and offer that product, and potentially soak up some of the market share for Tesla.”

The insurance program announcement isn’t the only head-turning one the company and its eclectic CEO have made in recent months. In April, during Tesla’s Autonomy Investor Day, Musk said that the company would have over a million fully self-driving robotaxis on the road next year.

One expert has an issue with this statement, arguing that the right technology isn’t yet available to enable a car to be driven autonomously all of the time.

“What is possible is to have a car that will drive [autonomously] in the majority of circumstances or more specifically, if you have a predefined route then that also becomes possible,” said Karl Gray (pictured below), Zurich Insurance Group’s global head of motor and retail lines, adding that navigating those types of routes is a lot easier for a vehicle because they can be mapped ahead of time. 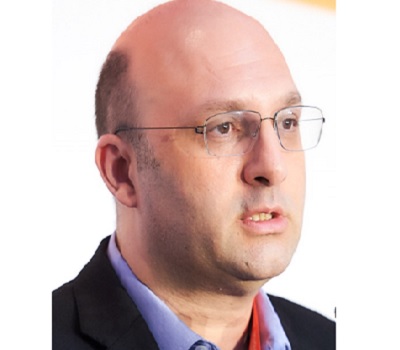 In any event, somewhere down the line as autonomous vehicles become ever more popular on the roads, the question of whether they will help drive down claims frequency is still up for discussion.

“The way that we see this is an insurer is that there isn’t any question the technology will reduce claims frequency,” said Gray. “The new vehicles have technology that is substantially more reliable and more accurate than a human being.”

Severity of claims could, on the other hand, increase in the short-term before the technology becomes ubiquitous enough that it’s cheaper than it is today.

“There is some evidence already that the technology that’s being used to drive the vehicles autonomously, the sensors and so on, is quite expensive, so when you have a collision, that technology is damaged and is very, very expensive to replace,” explained Gray.

There are also some new risks that the technology brings into the auto fold, such as cyber risk.

Additionally, there is the risk that because the car has become dependent on communication and connectivity, any failure in the connectivity could potentially lead to a claim. It’s likely that in the event of such a failure, the vehicle will simply stop moving, but, in extreme circumstances, there very well might be a collision, explained Gray.

“Technology isn’t perfect, so there is still a potential that as the vehicle becomes more dependent on technology, any even minor technology failure could result in a potential collision,” he told Insurance Business, pointing to the recent tech failures seen in the aviation industry, which has put in a lot of effort as well as regulations into making its systems failsafe, yet still experiences issues.

“We also expect that autonomous vehicles and to some extent car-sharing will actually lead to an increase in vehicle usage,” said Gray, because although a lot of people are talking about improving the environment by reducing dependency on cars, ironically, as the cars become more accessible, cheaper to use and more efficient, they could be on the roads 24/7.

“Because they will be utilized far more efficiently, you may well find that people start moving away from public transport. Segments of the population who couldn’t previously use the car, such as very young people or very old people or people who are sick and disabled, suddenly all begin using the vehicles, so you may suddenly find that the use of vehicles actually increases and doesn’t reduce.”

The spike in expected frequency of use will have an impact on premiums, even as the autonomous vehicles themselves are safer operators of roads than human drivers.

One thing that will likely not change dramatically will be the importance of traditional auto insurance, which will not disappear as autonomous vehicle use grows, according to Gray.

“Clearly in the future, a lot of the accidents will be caused by some type of technological failure, which will be the responsibility of the manufacturer or the software developer,” he said, “but we believe that instead of the person who is injured going straight to the corporation and attempting to effectively sue them for causing the accident, which will not be straightforward, what will happen is they will still make a claim with the car insurance policy and then the insurer who issued the car insurance policy will pursue recovery from the person or persons or organizations that they view to be responsible.”