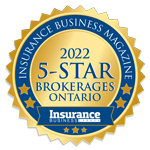 Six years ago, Sean Graham was working flat out in downtown Hamilton, trying to make a mark in the insurance business. A squirrel got into the city’s powerplant and gobbled up some circuits, resulting in a power outage. Undeterred, he decamped to another area of the city and set up shop using the Wi-Fi at a Tim Horton’s – back in business in no time.

“So, when the pandemic hit, during the first lockdown, we said, ‘Let’s run the squirrel model,’” explains Graham, president of Begin Insurance. “Let’s go home and start working as we did when the power went out that day. We were so COVID proof we had no idea we were already COVID proof… So, it allowed us to thrive during this crisis.”

Thrive they did. Graham and his team established Begin Insurance, one of 19 winners of the 2022 IBC 5-Star Brokerages – Ontario awards. These accolades honour Ontario brokerages that chalked up notable revenue, policy, client, and profit growth during the dynamic, challenging years of 2020 and 2021 – go getters with their own “squirrel models”.

“People that get stuck trying to put the toothpaste back in the tube are going to make a really big mess. Those reading the trade winds a little better are going to come out ahead and accelerate”
Adam Mitchell, Mitch Insurance 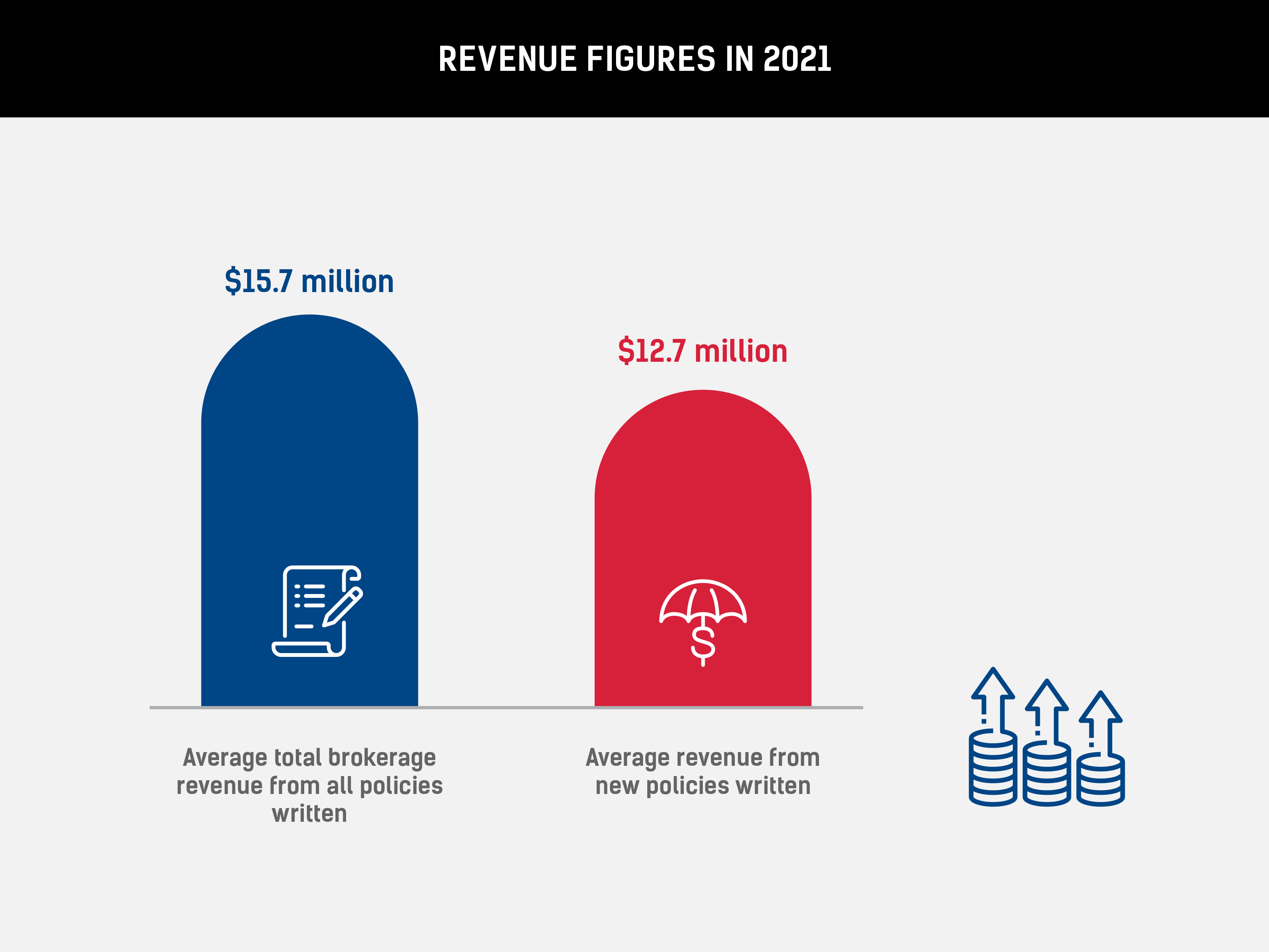 The toothpaste won’t go back in the tube

Another winner of the 2022 IBC 5-Star Brokerages – Ontario awards, Mitch Insurance had a 26,000 sq. ft. office in Whitby and a small office in Toronto when the pandemic hit and the world “flipped upside down,” says Adam Mitchell, CEO. Both locations lay empty for two years as they worked from home and focused on achieving their sales objectives.

This hasn’t been an isolated occurrence. Even in the first quarter of 2022, the office-vacancy rate was a record 16.3% for Canada and 14.8% for Toronto, according to commercial real estate brokerage CBRE.

“Thank goodness this happened in a time when high-speed internet was a thing and computing devices were relatively inexpensive and distributed,” says Mitchell. “What we found was we were still able to grow the core business. We were still able to hit numbers and achieve our goals.”

Impressively, Mitch has grown more than 80% since the pandemic started.

Echoing Mitchell, Graham posits that the brokerage channel has had to evolve more in the last two years than in the past decade. According to a mid-pandemic global survey from McKinsey & Company, companies have accelerated the digitization of the customer interactions by three to four years and their share of digital or digitally enabled products in their portfolios have accelerated by seven years.

He also says that a lot more businesses would have folded had the pandemic hit 10-15 years ago. Operating on par with large call centres for banks or corporations, today’s single broker basement offices remind him of how internet platforms, such as podcasts, can now compete and outperform traditional media.

While agreeing with Mitchell and Graham, Janet Peddigrew lends a slightly different take – the view of the client.

“I feel really proud of how our team stepped up to give that level of advice and guidance to help our clients manage though,” says Peddigrew, president of Cowan Insurance Group, another 2022 IBC 5-Star Brokerages – Ontario winner. “I think the appreciation for the role of a broker was even more emphasized through that environment.”

So, what do they see happening next?

Mitchell says that the cards have been shuffled. Yesterday’s winners won’t necessarily be tomorrow’s.

“People that get stuck trying to put the toothpaste back in the tube are going to make a really big mess,” he says. “Those reading the trade winds a little better are going to come out ahead and accelerate.”

Seemingly at peace with the work-at-home concept being the status quo, Mitchell says they’ll be selling some office space. He’s concerned about how companies are going to build and maintain cultures and team spirit without having a brick-and-mortal place to congregate.

“I think the playing field has been levelled,” says Graham. “I think there’s a lot of opportunities for people who are doing things differently to operate and compete with the big companies.” 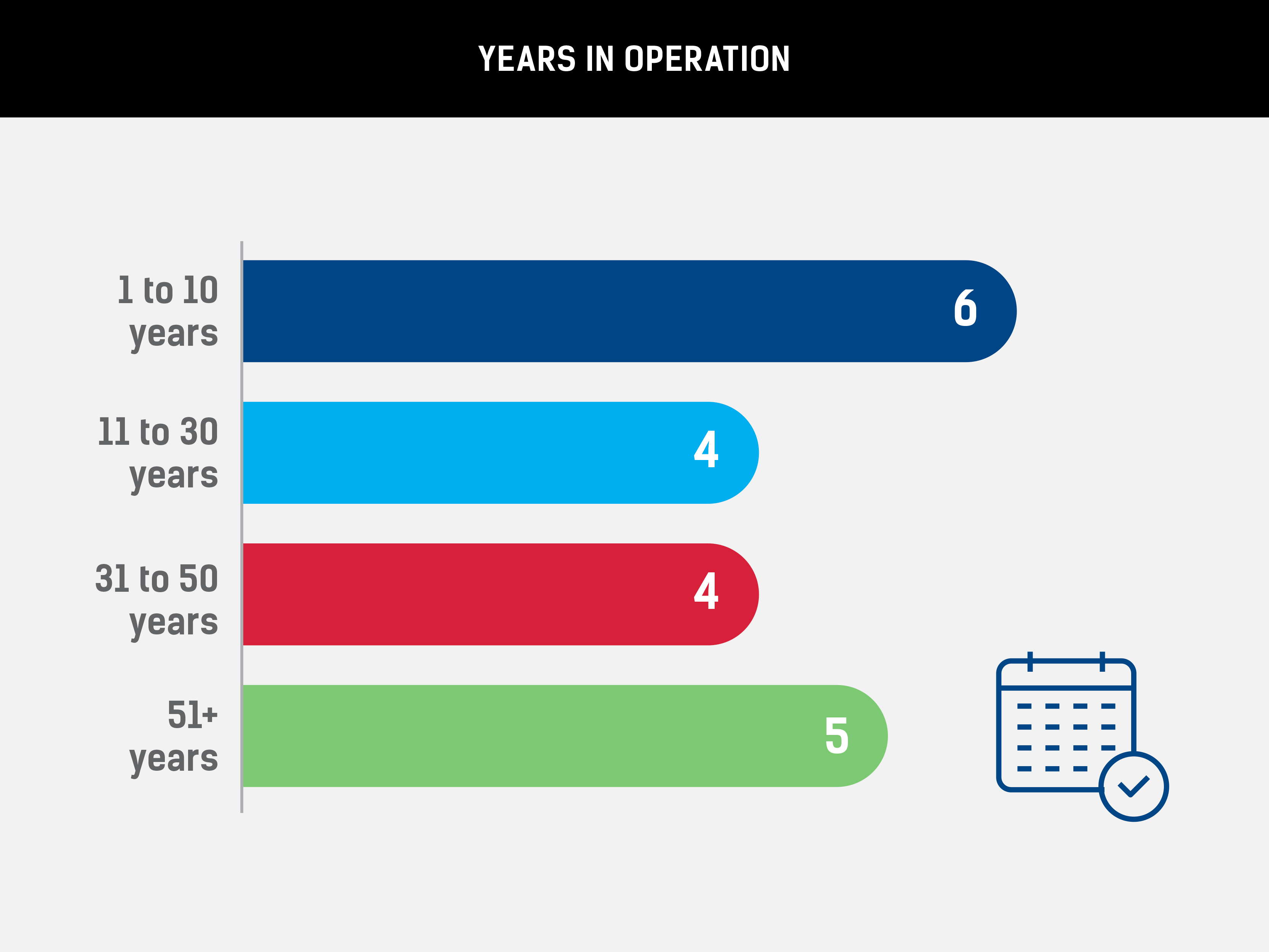 Excelling in capital of commerce

What makes Ontario deserving of its own brokerage survey? Plenty. According to Peddigrew, the positives include diversity in a province with many different industries and sectors that help foster growth. There’s also an innovative, entrepreneurial culture, not to mention a tech corridor and great universities. These all make for a strong, diverse business culture.

For Graham, the diversity part is essential since one-third of Begin Insurance’s clients speak Cantonese or Mandarin. In fact, Canada is the second most desirable country for Chinese immigrants – 69 million Chinese are considering moving to Canada in the next few years, according to Strategy Online

“We have very high standards to become a broker,” he says. “There’s a lot of regulation and so there's a pro and a con to that in that there’s some significant barriers to entry, especially when we need new people entering our industry. There are barriers to entry, but also the standards are high. So, it’s a really good profession. Brokers are sought after by insurance companies. They're sought after by different fields other than brokerages and insurance.

“And so, some other disadvantages of the regulation we have here in Ontario is the way that pricing is regulated, and maybe some of the inability to bring new products to market. It is tightly regulated. I think that takes away some of the ability to innovate.”

Mitchell adds that Ontario is the biggest economic hub of insurance buying activity as far as population and money being spent – at least on the auto insurance side.

“It’s not easy to run an auto insurance product in [British Columbia] without a special licensing and collaboration with the government,” says Mitchell. “As for Quebec, you need to really be domiciled there. You can’t fake it from afar in Ontario to do business there. And similar brick-and-mortar laws on the east coast and in some of the provinces. So, it’s pretty business friendly in a for-profit, private industry. And most of the buying population of the country is here.”

“We’re running digital ads in in Asia. And we’re sort of getting after people before they even immigrate to Canada”
Sean Graham, Begin Insurance 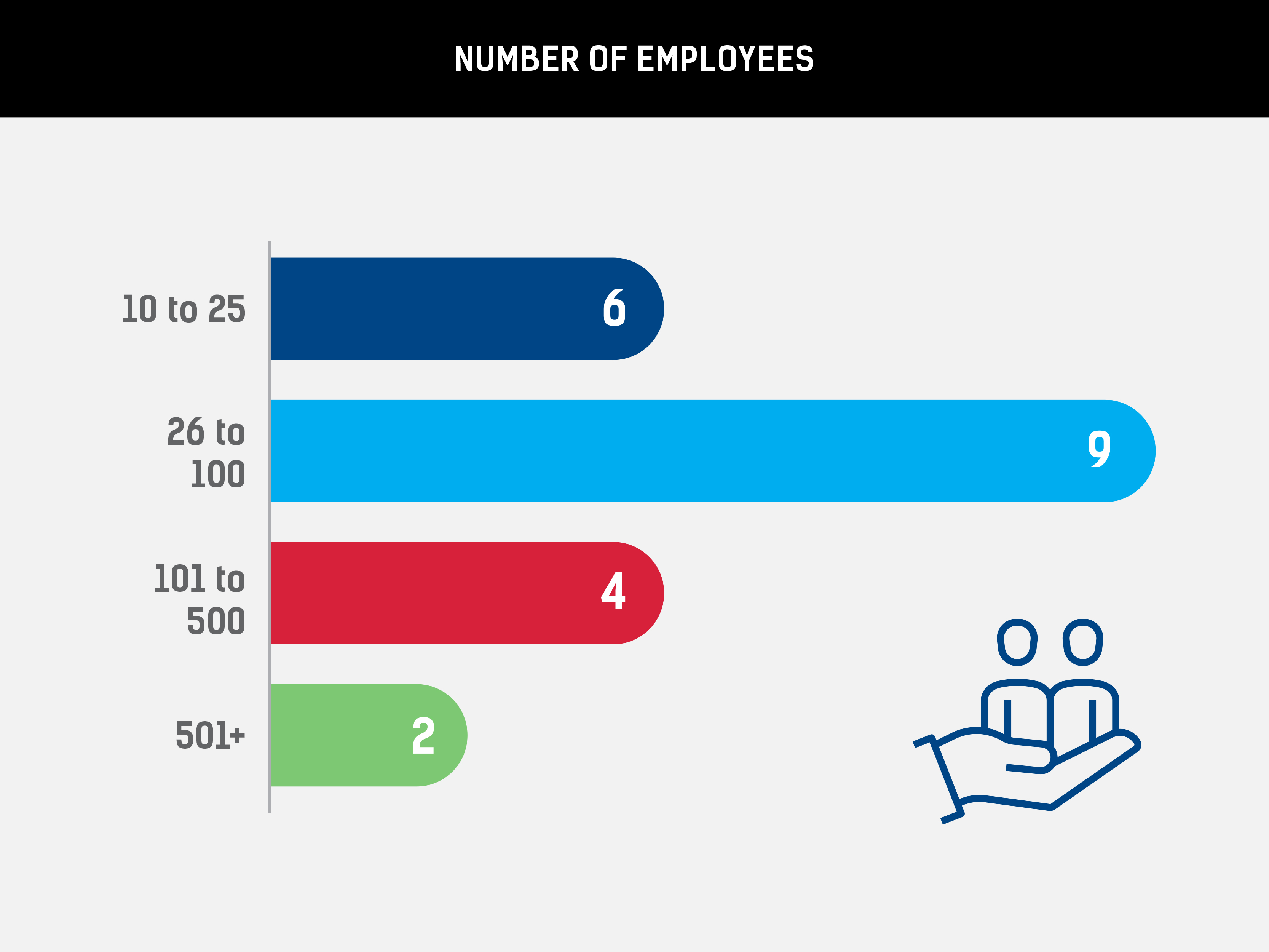 Thinking out of the box

“We’re running digital ads in in Asia,” he says. “And we’re sort of getting after people before they even immigrate to Canada. And so, when they arrive here, we’re pairing that with the ability for them to speak in their own language with our staff and communicate on whatever platform they want to communicate on. So, whether they go to our website for a quote – they can get quotes in three different languages – if they want to speak to our staff in their own language, or if they want to communicate via WeChat or Facebook or texts, we’re available on multiple platforms. So, it’s that pairing of going after underserved communities online, and then pairing that with the user experience that they expect or that they desire. That’s enabled us to grow.”

The company has maintained 30% year-on-year growth, according to Graham.

That’s one way to do it. How did the other winners distinguish themselves?

“We are a 95-year-old family, independently owned Canadian business, which is pretty remarkable,” says Peddigrew. “And the culture of our team is focused on service delivery, caring about our client, and giving back to the community. I think that resonated through [the pandemic]. So, the fact that we are firmly Canadian, independent, we’re going to stay that way. I actually think that resonates with our clients, both on the business personal partnership side of it, and then we have the expertise.”

Peddigrew and Cowan Insurance are proud of their employees adapting to meet the demands of the pandemic, and of winning several awards for company culture and management.

As for Mitchell, he is particularly pleased with how a custom software system has enabled employees to follow up on leads generated by the firm’s marketing strategy. He also renamed and rebranded the company that his family founded in 1948.

“I’m also really proud with how our leadership honoured the wishes of the frontline team and didn’t bang their fist on the table and demand they need to come back in,” says Mitchell. “We listened to and developed the business plan around what that team wanted, needed, and valued. So, we’ve made a commitment to our team. They can forever work from home, anywhere in the world.”

To be considered for IBC’s 5-Star Brokerages (previously Top Brokerages), each brokerage was required to provide key details about its business in 2020 and 2021, including revenue, policies written, number of clients and profit margin. To be eligible, brokerages were required to have three or more brokers and an office in Ontario. Each brokerage was then ranked according to 11 criteria:

As in previous years, each brokerage was required to supply its own details for the 2020 and 2021 calendar years. Brokerages were ranked according to each of the above criteria, and all of the rankings were then added together. Akin to a golf score, the brokerages with the lowest overall scores achieved the highest rankings.

IB’s ranking system rewards brokerages based on business per broker rather than critical mass, which ensures that the very best brokerages are singled out, regardless of size.