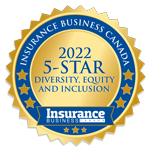 A commitment to representation

Canada is known for being one of the friendliest and most welcoming countries in the world. This image is supported by a recent Angus Reid Institute report, which shows that 85% of the population believe that racial and ethnic diversity helps strengthen the nation.

Although the diversity, equity and inclusion (DEI) movement in the insurance industry in Canada and the rest of North America is robust and popular, further work is needed to advance change-making programs. Three of the 5-Star DEI winners in 2022 believe that the ebb and flow of progress in this area is rooted in social conditions. 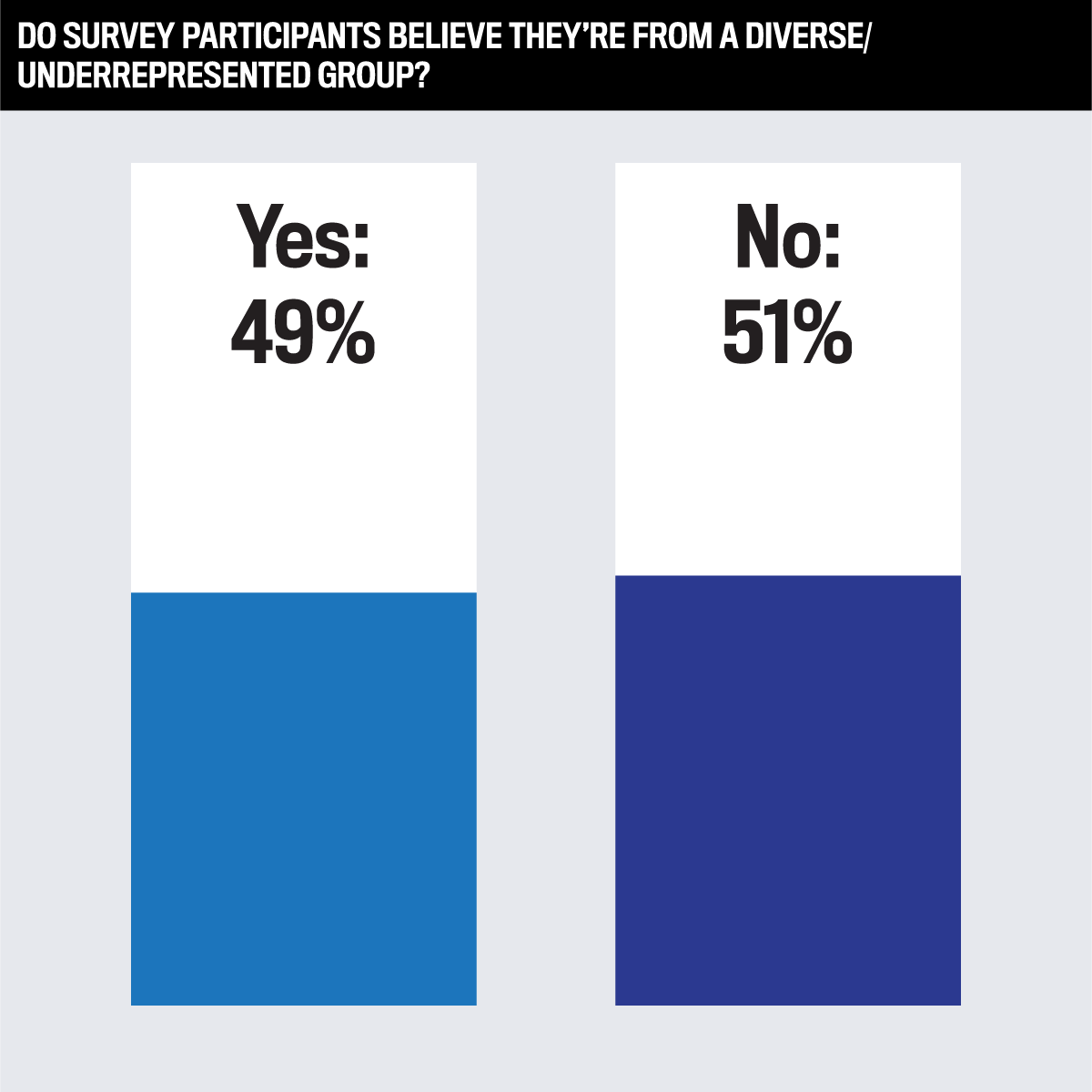 A challenge for society

Tracy Archer, president and CEO of Knight Archer Insurance, says that the greatest obstacles to achieving a more diverse workforce are due to societal norms and expectations.

“These [conditions] are slowly changing, and I expect it to pick up speed in the coming years, but true change comes from education, learned behaviors and a sharing of values – with an openness, acceptance and eagerness to understand multiple and differing points of view.”

This sentiment resonates with Trevor McIntosh, vice president of operations at Zensurance. While DEI is top of mind for many organizations, he says, a lot of work is needed to enable efforts to evolve. McIntosh advocates supporting grassroots community groups such as the Canadian Association of Black Insurance Professionals, which he calls the “backbone” of DEI in Canada’s insurance space.

Sarah Gibson, chief operating officer at TruStar, believes that unconscious bias and perceptions in hiring practices are lingering hurdles to diversity in the workplace.

“It all starts with the people who help build the foundation of the organization. At TruStar, we have people from diverse backgrounds and know that [their] lived experiences and talents create a stronger team. Once you have the right people in the right positions, it’s about creating fair access, opportunity and advancement for them. As a leadership team, we are transparent in [presenting] next steps and career advancement opportunities,” Gibson says.

Regardless of what’s happening in the industry at large, three winners have distinguished themselves by introducing DEI programs in response to current organizational needs.

For Archer, the key to a successful DEI strategy is maintaining an equal mix of men and women across all levels of management. It’s having a workforce representative of local communities. It’s also keeping two-thirds of the company’s community sponsorship and participation focused on mental health, diversity and inclusion.

“This is a pillar that our entire company stands behind, and it’s a value deeply entrenched in our company culture,” she says.

Meanwhile, McIntosh says that the team at Zensurance is “so passionate about holding us accountable to our DEI plans, and I love them for it”. In addition to a scholarship program in insurance management at Humber College for a member of an equity-seeking group, Zensurance offers a DEI training day during the onboarding process. The training concentrates on anti-racism and includes workshops led by local subject matter experts, for example, on gender and the use of pronouns.

“As an organization, we listen and create a safe environment for people to share, express their opinions and ideas without the fear of [retaliation or judgment],” says Gibson of TruStar. “By actively creating the space to speak freely, [we make] the work more meaningful, and with different perspectives, we bring a better product to our clients.”

In addition, TruStar holds biweekly team meetings to talk about topics and events from outside the work environment. Acknowledging the mental health and family pressures caused by the pandemic, the company responded to employees’ needs by offering solutions such as more flexible days to allow for more time off. The organization also introduced an Adventure Fund, a policy to incentivize employees to work from anywhere for up to four weeks, and a fund to ensure that distance from their computer screens would not be met with a financial barrier. 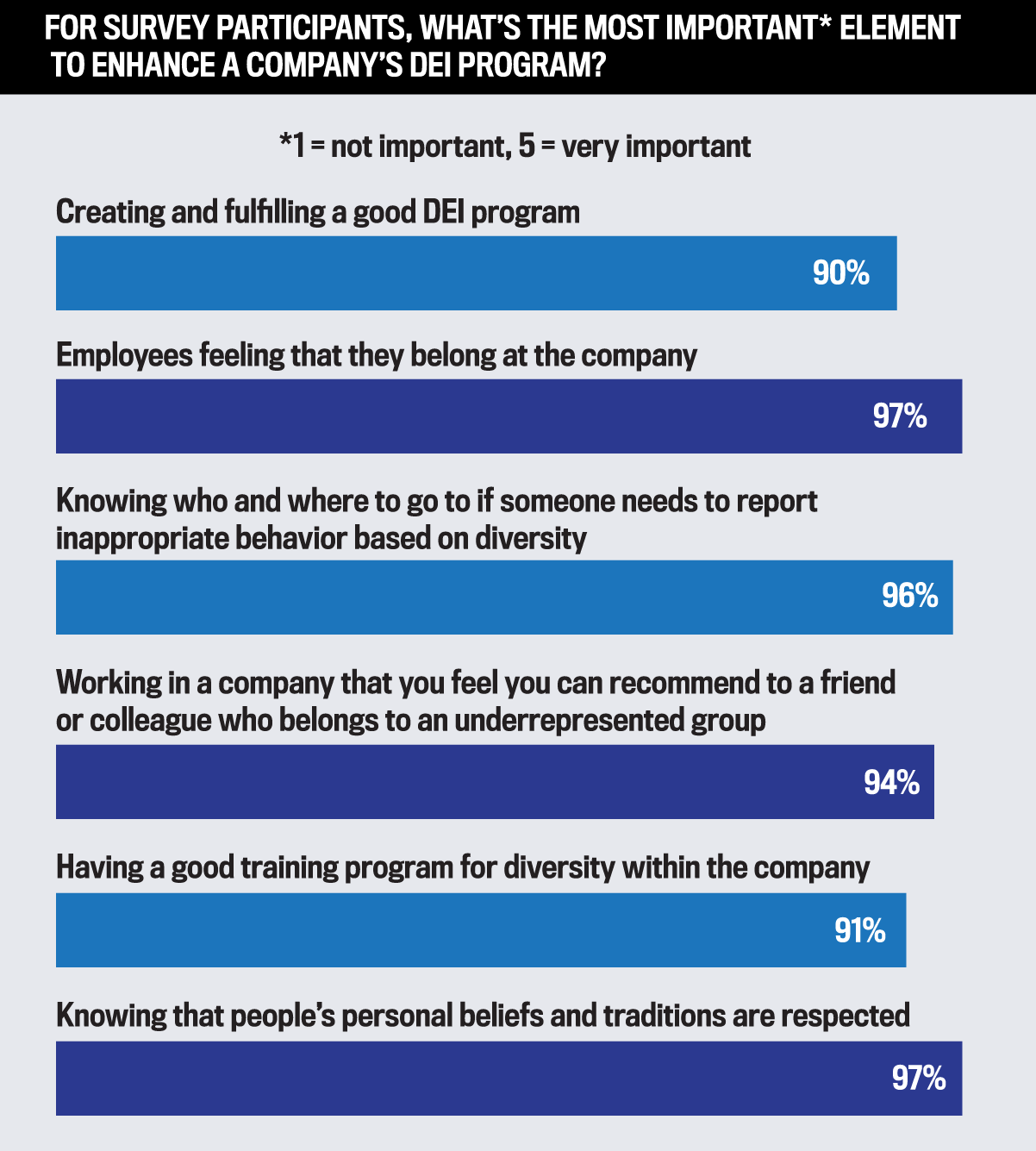 As DEI becomes a priority for many organizations, what do business leaders expect in the future?

McIntosh says it would be great if diversity would become the norm. “You don’t need a survey to see that we have a big problem here in Canada. Just look around – a lot of folks look the same and that has to change.”

Meanwhile, Gibson is optimistic due to the gradual addition of younger workers and believes in sustained progress as Millennial and Generation Z employees demand DEI in their companies.

“They are very aware that different perspectives and talents can result in a better output of interesting work. The incoming workforce knows the importance of doing their own research and will ask the organizations the questions to ensure their corporate culture is the right fit.”

Archer offers a nuanced perspective, saying that she expects the DEI movement to take on a whole new view in the next few years.

“With our work and education environments changing to include more flexibility, many opportunities have opened up. Businesses need to look at employees and customers in a different fashion – our world has changed dramatically in the last two years. At the same time, additional responsibilities for childcare and access to technology have increased barriers for some people. One area, which will require more focus going forward, is mental health. Truly understanding how much mental health issues are still stigmatized and trying to overcome these hurdles will require a shift in mindset,” says Archer.

It appears that a perfect storm of social justice protests and a global pandemic have fueled profound changes across the insurance industry in recent years. Under the circumstances, will DEI leaders be able to maintain their enthusiasm going forward?

“In many companies, DEI has an ‘HR’ feel, and at Zensurance we want to make sure that DEI tasks don’t become an exclusive HR function,” says McIntosh. “It needs to be a shared set of goals and visions created and supported by people from across our business. To be successful, we need companywide representation, so maintaining an active and engaged DEI committee is an important ingredient to our success.”

Meanwhile, Archer is set on recruiting members of First Nations into the industry. “As a whole, our industry has not been very representative nor has the financial industry on a larger scale. In 2022, we will be handing out our first annual scholarship to an individual entering business at the First Nations University of Canada, located in Regina.”

Gibson thinks TruStar needs to continue to live up to its DEI commitment. “The equity and inclusion pieces are hard to measure, therefore it’s incumbent upon us to have frequent check-ins, surveys and dialogue around these two issues. Our ability to retain our employees will be an indicator of our success in these areas.”

To determine the companies with the most effective diversity, equity and inclusion programs, the Insurance Business Canada team invited them to share the initiatives that they have focused on over the past 12 months. During a 15-week process, the research team conducted one-on-one interviews with DEI professionals to gain a keen understanding of the industry standard and which companies have met or exceeded expectations. After receiving the nominations for the firms’ DEI initiatives, the IBC team reached out to their employees to gauge the effectiveness of these programs. The companies that scored 4.5 and above on a scale of 1 to 5 were granted 5-Star awards in recognition of their DEI programs.

4.90 is the highest score received by a winning company