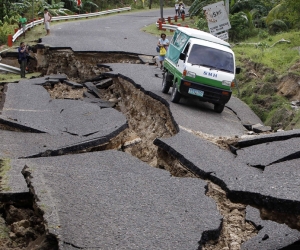 B.C.’s earthquake insurance product is going through tumultuous times, with brokers reporting forthcoming increases in premiums, deductibles and decreased coverage available to consumers.
Many of the changes won’t be made public until July 1, 2013, so consumers haven’t yet discovered how the changes will affect them.
“It’s a confusing time,” said Patricia Whitefield of Harbord Insurance Services in Victoria, B.C. “We’re just trying to get options for our clients, and it’s taking a lot longer to explain to them the downfalls of doing this or that. It’s been quite trying for us. And it’s going to go on for quite awhile.”
Insurers have re-evaluated the capital they need to pay for earthquake insurance losses in light of new requirements introduced by Canada’s solvency regulator, the Office of the Superintendent of Financial Institutions (OSFI). OSFI’s changes have essentially caused insurance companies to incur higher costs by reserving more capital for potential earthquake losses; at least one has passed the additional costs along to consumers.
B.C.’s earthquake product is about to go through a major shake-up. Brokers are reporting the following changes:
• Premium increases of 10% for earthquake coverage are “skyrocketing” up to as high as 110% in some instances, according to one broker.
• Earthquake insurance deductibles are increasing from 5% to 8%, 10% and even 15%
In addition, Wawanesa Mutual Insurance Company is poised to introduce a seismic shift to its coverages, leaving brokers wondering if other companies will follow suit.
If other companies don’t follow the same path, brokers dealing with Wawanesa may lose business as consumers opt to go with markets that aren’t making the same product changes. If they do, consumers will see a world of change to their earthquake coverage options.
Wawanesa is introducing a number of new wrinkles to earthquake coverage.
Among them, guaranteed replacement costs, normally without limit, are to be capped at 125%.
For earthquake losses, fire-following deductibles are now the same as earthquake deductibles.

Basic homeowner policies in B.C. cover fire, including fires following an earthquake, usually with standard deductibles of $500 or $1,000. In contrast, separate earthquake insurance, which must be purchased to cover the cost of damage caused by the ground shaking, includes a range of policy deductibles of between 5% and 15% of the value of the home.
Brenda Kelly of Johnston Meier Insurance Agencies Group explains how the fire-following deductible change works, describing a scenario in which two neighbouring homes are destroyed in an earthquake. One is destroyed by the ground shaking. The other is destroyed by fire. Under this scenario, the basic homeowner package would cover the damage caused by the fire at a lower deductible than the earthquake coverage.
“That wouldn’t be fair, right?” said Kelly. “Why would I get a $1,000 deductible and I didn’t buy earthquake insurance, whereas my neighbour bought earthquake insurance and has this huge deductible?
“They are making it so there is a fire-following deductible. So whether or not you have earthquake insurance, if a fire destroys your home in an earthquake, you still have whatever your earthquake deductible is – 5%, 8%, 10% or 15%.
Also, single limits have been removed.
“When you have a homeowner’s policy, you automatically get a percentage of the dwelling for detached private structures, a percentage of the building for personal property and a percentage of the building for additional living expenses,” said Kelly. “So you could combine [these three limits] into one single limit and use them as you would need to. Single limit is no longer available on earthquake losses.”
Bylaws coverage has been removed. This paid for additional costs a homeowner might incur in the event that the rebuilding of their home ran into bylaw snags.
‘Same-site’ coverage has been eliminated. In this type of coverage, an insurer would write a cheque to homeowners for the cost to rebuild the home if the house could not be built on the same site due to damage caused by the earthquake.
SHARE
Fetching comments...

Who are the insurance industry's fastest rising stars?