Is broker recruitment wasted on the youth? 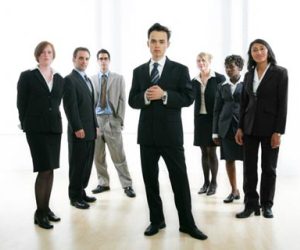 Canadian insurance brokers are in urgent need of bringing fresh young talent into the ranks, but that may prove to be easier said than done.

“Brokers are having a tough time attracting young people,” said Paul Martin, president and chief operating officer of RRJ Insurance in Toronto. “I don’t believe brokers as a whole are a great training ground for people. Brokers generally want people who are up to speed on sales or knowledge and have some ability they are bringing to the table. I don’t think we have the resources to do that like [insurance] companies do.”

Martin was responding to a recent demographic study by the Insurance Institute of Canada, the educational arm of Canada’s property and casualty industry.

Martin and the Insurance Institute suggest looking at recruits between the ages of 25 and 35, people who have transferable sales skills and experience in industries in which the brokarege seeks to do business. Martin said he has had a great deal of success recruiting the “career-changers.”

“As a broker, I am seeing older people [recruited] who have experience in areas I am trying to target,” he said. “It could be sales experience, real estate, accounting, life insurance guys who all want to expand their income by getting into other lines of business. That’s what I am seeing.”

Five years ago, an Institute Insurance industry demographic study sounded recruitment alarm bells, showing that 49% of Canadian brokers were in the ‘Baby Boomer’ age category (roughly between the ages of 46 and 64). It was the first study to show that a large number of brokers were due to retire before 2017.

The Institute released a follow-up study in February 2013. It shows “a large number of brokers [are] older, they retire on par with the rest of the industry at 61...so there is some concern about whether we’re bringing in enough [brokers] at the right [age] level,” said Margaret Parent, director of the professionals’ division at the Institute.

Recruitment efforts by Canadian brokers over the past five years have dropped the median age of the full-time male broker from 43 to 40, although the median age of female full-time brokers remains the same at 39. But that doesn’t mean brokers are best served going by recruiting the under-25 youth candidates, Parent and Martin said.

“Yes, youth should be an element of focus [in recruiting],” Parent said. “But the research also suggests that we can’t just rely on youth, because there aren’t enough [new employees] coming in in the under-25 category.

“A lot of brokerages indicate that the better candidates are 25 to 35 – somebody with a little bit of experience, is a better candidate. So the career-changers might be a possibility.”