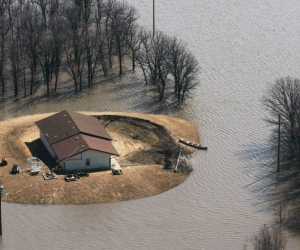 The Insurance Brokers Association of Manitoba (IBAM) has had some preliminary discussions with the provincial government and insurers towards establishing a potential flood insurance program in the province.

Canada does not have overland flood coverage in home insurance policies. The Manitoba government paid out about $1.25 billion in compensation to people who were affected by widespread flooding along Lake Manitoba in 2011.
Thus far, discussions about a potential flood program have been little more than brainstorming, and nothing definitive is in the works. One suggestion involves using a portion of the province’s new 7% sales tax on consumers’ home insurance policies to help fund the establishment of a flood insurance program.
Manitoba budget applied the provincial sales tax in July 2012 to some previously exempt products, including home and mortgage insurance.
IBAM CEO David Schioler said the application of the tax is not “significant in itself,” but in the context of the general increased cost of living in Manitoba, consumers have noticed a difference. (continued...)