This article was produced in partnership with Peace Hills Insurance

The Edmonton tornado in 1987. The 2011 Slave Lake wildfire. The Southern Alberta flooding in 2013. The 2016 Fort McMurray wildfire. Throughout some of Alberta’s most catastrophic weather events, Peace Hills Insurance – uniquely and proudly both Indigenous- and Alberta-owned, with the roots of its business firmly planted in the province – saw its fortitude and resilience tested. The upshot has been invaluable firsthand experience of what insurance is really all about – and the thrill that, sometimes against all odds, Peace Hills has triumphed. 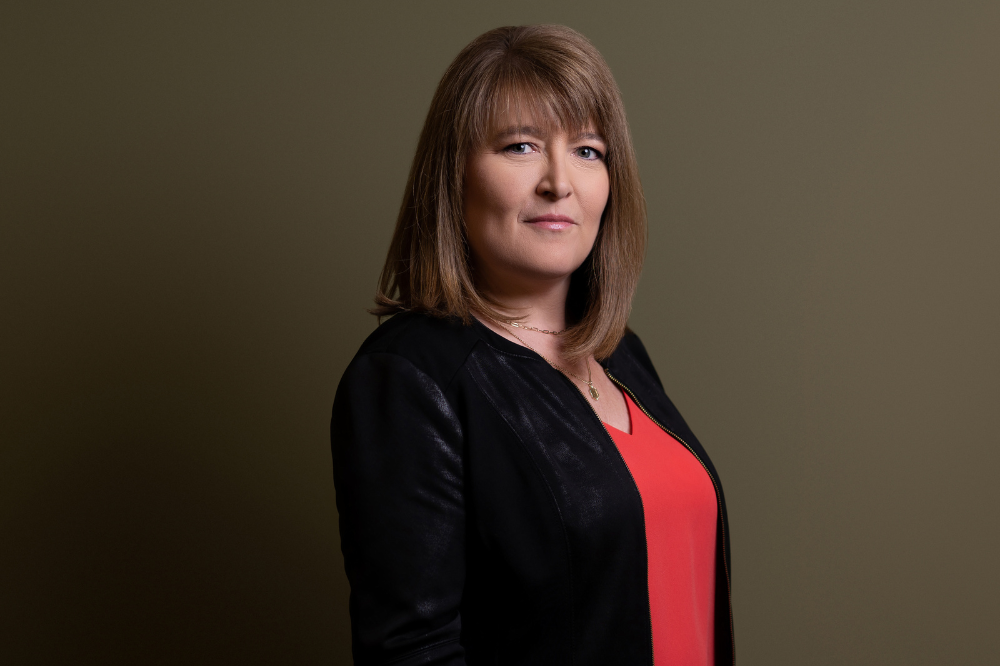 “The reason we exist is to help others in their time of need and it’s at these times our people shine,” said Kathy Boychuk (pictured above), president & CEO of Peace Hills. “We put all-hands-on-deck and together we work to uphold the promise we sell which is to help put people back on their feet and recover from their loss.”

While all insurance companies share that noble purpose, it’s how Peace Hills does that, with compassion and humanity, that sets them apart. The company, which celebrated its 40th anniversary this year, defines itself as “a unique insurance company that truly cares,” and this mission statement is much more than a platitude. When the Samson Cree Nation, a Treaty 6 Cree First Nation situated just south of Edmonton, decided to start a trust company and then an insurance company, “there were doubters,” Boychuk said, but Peace Hills’ determination to be successful was only bolstered by those naysayers.

Starting with three employees in 1982, Samson Cree Nation has from the beginning been patient and steadfast in its belief in what the company could achieve over the long term. They didn’t overreact to failures or setbacks, always encouraging everyone to learn from mistakes, grow stronger, and ultimately develop a resilient mindset that fostered the belief they could do great things together. Peace Hills persevered in a complex business, overcame what many thought it could not, and not only survived but become one of the most well-respected P&C insurance companies in Canada. The company is built on fairness, flexibility, and reasonable dealings with all stakeholders, and the Samson Cree Nation’s values of harvesting trust and building relationships permeates Peace Hills’ culture as well.

“Family and kinship are at the heart of the Indigenous way of life and this close-knit, caring way of dealing with challenges is felt and exemplified throughout our organization,” Boychuk said, noting that this approach clearly works: Peace Hills now has over 160,000 policyholders, annual revenues of more than $370 million, and those original three employees has grown to nearly 250.

“We grew our company from nothing to what it is today and that wouldn’t have been possible without the constant support and steady push to improve that comes from our ownership. They are incredibly proud of this company that they own and so they should be – turning 40 is an absolute success story.”

For Boychuk, Peace Hills is her home, her passion, and her mission. She first came aboard as an accounting clerk in 1992 and “literally grew up at the company.” She worked her way up through the finance department while earning her accounting designation, received a few promotions, and in 2008 was appointed VP, Finance role and then the CFO. Five years ago, in 2017, she was promoted to her current position and became one of only four presidents – and one of two women presidents – in the history of the company. Peace Hills has been under the leadership of women for 30 of its 40 years, and when the shareholder appointed the first woman CEO in 1990, Diane Brickner, she was the first female president of an insurance company in Canada.

“It takes a collective belief in our ability to do things just a bit differently and yet still be successful,” said Boychuk, adding that having worked at Peace Hills for three decades, she can confidently say much of Peace Hills’ longevity stems from treating everyone with respect and approaching situations with an honest and genuine intention to do the right thing.

The company’s past CEO called it “Corporate Niceness” and that’s still the best way to describe how Peace Hills does business. Not interested in providing the lowest cost insurance out there, the focus is instead on delivering quality, and personalized service when it’s needed most. Insurance may be a financial transaction, but when it really counts it’s a people business – and Peace Hills has some of the best, including one of the original three employees still working with the company and another serving as vicechair of the board.

“At the core of all of our success are some really great people who believed in what we could accomplish together,” Boychuk sums up. “Our 40-year milestone comes with the realization that with a solid team and an unwavering will to do better for our shareholders and deliver the returns that they deserve, we can come out stronger. It’s a testament to all the people who make this company so great.”

To mark the event, employees, the board, the shareholder, and stakeholders gathered for a celebration which opened with Indigenous dancing, including an honour dance. Many who played a role in Peace Hills’ story, including brokers, business partners, and past employees, were invited to celebrate. Staff were also challenged to participate in a campaign called #40Actsfor40Years, with an ultimate goal of giving back to the communities in which Peace Hills does business. Employees were divided into 40 teams and “we gave them some time, t-shirts, and no other rules and the results were fantastic,” Boychuk said. From planting trees and assisting at the food bank, to picking up garbage on local streets and serving meals to those in need, “we gave back in small ways that made a huge impact.”

Peace Hills’ owners take a very long-term approach to life and to business – “They started this company for the benefit of their grandchildren’s grandchildren,” Boychuk noted – and that forward-thinking is very much a pillar on which Peace Hills stands. Currently writing business in Western Canada and all the Northern Territories, the company’s current venture includes a digital transformation to build efficiencies and then, ultimately, a geographic expansion of its footprint in Canada. The challenge will be adapting and implementing new technologies while continuing to nurture the caring, personal touch and exceptional service that sets Peace Hills apart as a unique player in a very competitive industry. And Boychuk is optimistic: with the continued support of Samson Cree Nation, an inspired and dedicated leadership team, and exceptional employees, the next 40+ years look just as bright as the first 40.

“Again, you can expect us to be slightly different in our approach and we commit to continue to have great people at the forefront of what we do best,” Boychuk said. “I consider myself very fortunate to be the president and CEO of such a special company that I’ve watched grow and prosper, yet in so many ways stay true to the small ‘family feel’ organization that makes it so successful.”