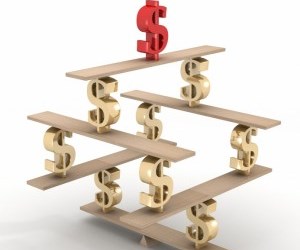 The RIAC is dedicated to improving that awareness among property and casualty insurance brokers.

“We became painfully aware that brokers generally were not aware of receivables insurance,” Ian Miller, founding chairman of the RIAC, told Insurance Business. “It is a bit intimidating when you look at it from [a broker’s perspective], because it’s so different from any other insurance.

“It’s involved more in the financial end of a company’s operations. It can help them with their lines of credit, with the banks, whereas P&C insurance is a standard, boiler-and-machinery or liability type of insurance. The brokers are all used to that.

“But then suddenly this introduces stuff that they have to delve a little deeper into the company’s operations and their credit management.”

Less than 1% of Canadian companies currently use receivables insurance as part of their financial planning – or less than 10,000 of Canada's 1.1-million employer businesses. This compares to market penetration rates of up to 30% in European countries with long trading traditions, and 15% in the United States.

Essentially the insurance covers accounts receivables. So if a person were to arrange to finance payment for a car, for example, and the buyer went bankrupt before completing his or her payments, the insurance would cover the seller for the failure to pay.

It also covers situations related to exports.  It might cover an inability to obtain hard currency from politically volatile countries, for example. Or, in the event that a trade embargo against a foreign country is introduced while goods are still in transit to that country, meaning the goods do not arrive at their destination, receivables insurance will cover the company sending the goods.

"Part of our challenge is to erase a misunderstanding among Canada's CEOs, CFOs, credit managers and enterprise risk managers about the role of receivables insurance, with many believing it can only be used to protect export sales," Mark Attley, president of the Receivables Association of Canada, said recently at the Credit Institute of Canada National Conference in Jasper, Alberta. “This is untrue, and in an economic climate that is prone to unforeseen events, unwise as well.”