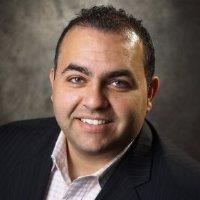 WHY HOT? BRINGING A FRESH APPROACH TO INSURANCE THAT WORKS
“We started it with the idea that we wanted to change how insurance is sold and the approach to selling it. So we took more of an online approach.”

Sherif Gemayel, who has exploded on the Alberta insurance brokering scene, is taking on the big banks and succeeding; through catchy online advertising campaigns and being among the first to launch a mobile app for clients in 2010.

“I’m 99 per cent sure we were the first brokerage to launch a mobile application for our clients in 2010, which basically gave clients the ability to see some of the policy information, request changes, and submit claims through an app,” says Gemayel. “Now there are a lot of other apps out there. We have re-launched our mobile application, which now gives real-time data for our policy holders, real-time pink cards, tells them when the payments are coming out, how much the payments are, available on iPhone, Android, Windows mobile, BlackBerry… the whole
nine yards.”

Part of the embrace of new technology includes telematics, through the app Rate My Driving.

Backing up his straight talk are some impressive numbers, like a more than 30 per cent annual growth that has placed him in the same heavyweight class as the direct writers.

“Sure the big banks have lots of money, one big bank does about $3 million in new business monthly – so we’re not that far away,” says Gemayel. “But they are not infallible – they’ve just been doing it for so many years that nobody has gone up against them.”