Challenges in flood insurance remain after the first event of 2020

As if the coronavirus outbreak isn’t enough of a catastrophe for the United States, the flood season is also now upon us with the first large-scale event in the rear-view mirror. From February 10 to 14, the Pearl River in Mississippi crested at 36.7 feet, which was its third-highest crest on record, and flooding in the region affected hundreds of homes and businesses.

“The historic flooding we experienced in February was more than anyone anticipated and more than anyone should have to recover from alone,” said Governor Tate Reeves during his recent announcement on providing disaster assistance for Mississippi businesses and residents hit by the flood.

In contrast to other flooding events in 2019, such as the flooding in Mississippi, the Pearl River situation was relatively small.

“The Mississippi flooding was the longest sustained flooding event in US history and that eclipsed a record that was set in 1927,” said Dave Zeornes (pictured above), business development executive at Aon Edge. “Compared to 2019 and in the last five years or so, it’s a relatively small event, but definitely not a small event for the folks.”

And there’s still more to come. On March 19, forecasters at the National Oceanic and Atmospheric Administration (NOAA) predicted widespread flooding in the US for this spring, though they “do not expect it to be as severe or prolonged overall as the historic floods in 2019.” The report added that there will likely be “major to moderate flooding … in 23 states from the Northern Plains south to the Gulf Coast, with the most significant flood potential in parts of North Dakota, South Dakota and Minnesota.”

As we see more urban development in the US, the risk of flooding is also increasing yet awareness is not evolving in line with the peril.

“As cities grow, we’re laying more cement and we’re having to deal with runoff and drainage,” said Zeornes. “The biggest challenge is that the customer really doesn’t understand what their flood risk is and even a lot of agents don’t. I think the big culprit is customers saying, ‘I’m not in a flood zone’ and that’s simply not true. Everybody in the United States is in a flood zone of some sort.”

Many people fall back on whether their mortgage lender requires flood insurance and, if they don’t, homeowners don’t get the coverage. Customers also have to understand that most homeowners’ policies don’t cover flood and policies from the National Flood Insurance Program (NFIP) can likewise be limited.

“Inevitably in every publicized flood event, there is somebody on the news saying, ‘I didn’t know my homeowner’s policy didn’t cover it,’” explained Zeornes.

The private flood insurance market has been able to come in and offer additional coverages, higher limits, and some of the bells and whistles that the NFIP hasn’t included in its policies. An example of that might be additional living expenses or loss of use. If a customer is displaced because of flood damage to their home, the NFIP doesn’t offer coverage for this scenario. However, some private carriers do offer that, according to Zeornes.

Another chink in the NFIP policies has recently come to light. Private flood insurer Poulton Associates, alongside geospatial scientists at Hazard Hub, has released a new report quantifying how the wealthy benefit more than any other income group from the NFIP. Beneath the Surface: Analysis of NFIP Data Demonstrates Need for More Equitable Rates examined NFIP data and determined that the top three income groups studied (with household income over $106,000) accounted for around 48% of total NFIP claims, while the three lowest groups accounted for just 15.5%. At the same time, the lowest third of the per-capita income group paid proportionately higher premiums than the upper two per-capita income groups in every year of the nine years examined in the analysis.

“The report demonstrates that the rating methodology used by the NFIP is terribly flawed, which they’ve known for many years,” said Craig Poulton (pictured below), CEO of Poulton Associates. “The NFIP knows that they’ve got a built-in problem because they don’t take replacement costs into account when they create the rate. Also, the current rating mechanism of the NFIP effectively randomly assigns a rate within a flood zone, so if you’re in a particular flood zone, you get the same rate as your neighbor whether you’re elevated or not, unless you truly are elevated with an elevation certificate.” 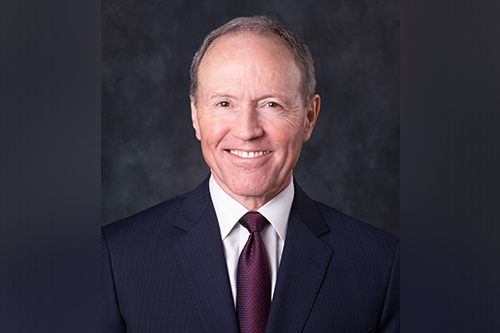 The end result is that the NFIP either overcharges or undercharges many homeowners, and rarely gets the rate right for the risk that a structure is actually facing.

“What this is really demonstrating to an extent is the inadequacy and the need to abandon the NFIP’s current rating methodology,” said Poulton, and while NFIP’s Risk Rating 2.0 is in the works, its roll-out has been delayed by a year. “For whatever reasons, they simply aren’t implementing Risk Rating 2.0 and there are members of Congress who feel like Risk Rating 2.0 would not be a good idea.”

Poulton hopes that the report will help the NFIP come to the conclusion that they need to be fairer to the consumer overall and get rid of some of their internal inconsistencies.

“The current rating methodology is untenable,” he told Insurance Business.