Record floods that submerged parts of the Midwest as a result of a deadly combination of melting snow and heavy rains have caused $3 billion in damages so far, and more flooding is in the forecast, according to news reports. This recent natural catastrophe is once again sending warning signals about the intensifying weather-related events that are likely to continue impacting the US in the years to come, including regions that typically haven’t seen wild weather in the past.

“They’ve impacted, I think, areas that would not have traditionally seen those sorts of catastrophes,” said Jim Epting (pictured, above), corporate senior vice president at Burns & Wilcox and managing director of the Atlanta office, referring to catastrophes from 2018. Hurricane Florence last year threatened the state of Georgia and the metro Atlanta area, which hasn’t always been at risk. “We’re used to wind, we’re used to hail and fires, but hurricanes are not something that you traditionally think of.”

The effects of catastrophes on insurers are meanwhile coming home to roost.

“From my perspective, how it’s changing our business is we now consider southern Georgia hurricane country, where it probably was never thought about [that way before],” said Epting. “If it was Florida, sure, but once you cross over that line, it wouldn’t be a concern, so I can see our carriers starting to consider that part of the country now in more of their cat modeling, whereas before they just ignored it.”

Catastrophe models are nonetheless getting more granular, and one expert has seen those models include wind conditions as a tool to help insurance companies understand their total exposure.

“[The inclusion of wind conditions in the model] does create another way for the underwriters to assess the exposure,” said Valerie Turpin (pictured, below), executive vice president and head of US property for Arch Insurance. “The good news is that when we predicted through such a model what would be the range of the extent of our events for each of the hurricanes and catastrophes, we were right, so I think that in the past few years there has been a lot of improvement made to the model so as to give us a better, narrower, estimated range.” 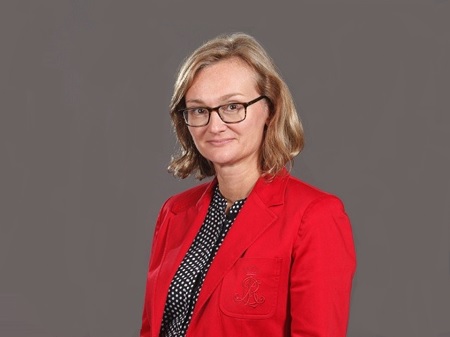 That doesn’t mean the modeling tools currently available on the market are not without their faults.

“The next level that every insurance company has to really focus on is the modeling of flood. There are different models that are available and what we have developed, because none of the models are really robust today, is a multi-tool approach, which is a combination of tools that help us on the evaluation of the property [while moving] away from a purely FEMA approach because we know that FEMA maps are not accurate,” said Turpin.

Carriers are meanwhile tailoring their approach to flood coverage as they adapt to the availability of modeling data.

“Because everyone’s data is getting so granular, they’re more prescriptive than they used to be in the market. Versus not renewing an entire book of business, they may not renew very surgically a portion of the book that has certain characteristics,” said Epting. “We’re seeing individual classes and even sub-classes become hard markets whereas the rest of the market might be unchanged.”

As for the opportunities in the private flood market, Epting identifies flood as an emerging risk, but also an area of growth.

“We’ve started a national flood practice because we feel like there’s a big opportunity for us to solve some problems privately versus relying on the NFIP,” he told Insurance Business.