The two feet of snow that just hit many residents along the Northeast US is sending a strong signal that winter isn’t just coming – it’s already here. Whether it’s a hurricane-like snow storm, freezing temperatures, or holiday-related exposures, insureds have some additional risks to consider during this time of the year.

For one, businesses have to worry about snowload collapse as well as freeze hazards, which can lead to significant financial damage.

“The average collapse loss is usually around $1.5 million per client and that’s based on a 10-year period of 342 collapse losses,” said Katherine D. Klosowski (pictured above), VP and manager of natural hazards and structures at FM Global, adding that freeze-related losses are no picnic either. “There was a period from December 2017 into January 2018 – so only two months – where FM Global saw 617 freeze losses experienced by clients and those losses amounted to $248 million, so quite a substantial event for a very short time period.”

Water expands when it freezes, which can burst pipes, and a building owner isn’t going to recognize that until the water starts to thaw. If that happens, water is coming down inside the building, so, especially if it’s a multi-storey building, that can snowball into a real issue where the water is starting at a higher level and coming down multiple levels, damaging wallboard, carpets and any other interior finishes of the building, as well as coming into contact with electrical equipment and often causing it to short circuit or be damaged, explained Klosowski.

While you’d think that orange groves in Florida or other areas located in a warm climate that suddenly get cold weather would be most at risk of freeze loss, FM Global’s experience is that it’s usually the northern areas that are accustomed to cold weather that experience those types of losses, particularly during extreme weather events when cold arctic air stays in an area for a while, combined with a facility being shut down for the holidays or over a weekend.

Often, the facility will turn down the heat when they’re closed for a few days to a point where they think it’s going to be warm enough to prevent any freezes inside the building, but then the extreme temperatures outside cause the temperatures inside to plummet as well, which then leads to those freeze scenarios. For manufacturing plants, if processes are shut down, those machines aren’t generating any heat, which again can cool down a plant.

Snowload collapse can be another issue that businesses face during this time of the year. This type of event can happen when there’s overloading of the roof from snow that’s heavy because it has a lot of moisture – maybe a rain storm followed the snow storm – or from areas where snow can drift on the roof.

“That’s quite common to happen during a windy snowstorm where there are elevation differences in the roof and the snow gets pushed up against that elevation difference, causing a drift which then causes overload,” said Klosowski. “The bottom line here is that if the building collapses, whatever was going on inside the building has to stop and until that can be repaired, you’re not going to be able to get back to operation again. A collapse can also be compounded by the fact that in most industrial facilities, there are a lot of pipes and electrical conduits, and sometimes gas lines that are run up at the ceiling. If the building collapses, that means that the pipes break, the gas lines break, and the electrical lines are damaged, which can lead to a fire following the collapse event and then you’ve got a real mess inside the building or more water leakage inside the building.”

Risk mitigation techniques that businesses can employ – and that brokers and agents can pass along to their clients ­– during the winter months include making sure that they’ve included the hazard into the design of the facility, such as for snowload collapse making sure that the roof is designed for the snowload that that particular geographic can expect to see. Reinforcement of the roof might also be needed since precipitation events are becoming more extreme. Maintaining their drains, similar to a homeowner that cleans their home’s gutters every year, is likewise important. For freeze scenarios, risk management includes tips like maintaining temperatures in key areas above 39⁰F and developing an emergency plan that considers actions to take if a heating system fails for an extended period, according to FM Global.

Businesses aren’t the only insureds who should be wary of winter exposures. Families and individuals can be victims of everything from theft to Christmas festivities gone awry with overloaded extension cords or candles that can lead to havoc.

“During the holiday season, there is an increase of cyber scams out there and phishing attacks where people receive texts or emails [with] somebody trying to impersonate someone else,” said Lisa Lindsay (pictured below), executive director of the Private Risk Management Association (PRMA), which helps agents better serve their high-net worth clients. 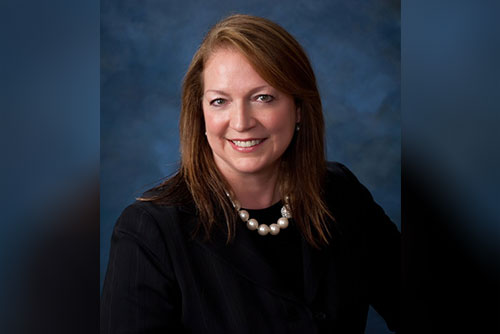 People can be exposed to those scams when they use public Wi-Fi while shopping online or when they think they’re buying real gift cards that turn out to be fake. To stay safe, Lindsay recommends insureds use a credit versus debit card and make sure that they’re using legitimate websites and apps, and not just clicking on random links.

Cybercrime isn’t the only way that things can be stolen from people during the holidays. When people are out shopping and they leave valuables in their car or when they shop online and get deliveries to their front doors, they’re also at risk of theft.

“We all know that there are porch pirates out there who are driving up and down neighborhoods and stealing packages, so we would tell people to be thoughtful about scheduling their deliveries to make sure they’re going to be home or they might want to schedule deliveries to their office,” said Lindsay. “We also recommend that if people are out doing a lot of shopping that they don’t leave too many things in the car.”

And if people are purchasing high-value goods during the holiday season, they need to ensure that item is added on to an insurance policy right away.

“The minute they decide to purchase that expensive piece of jewellery, [they need to make sure] that they’re calling their insurance agent to make sure that it is listed on their valuable articles policy, or if they’re deciding to buy an expensive piece of artwork, that they’re making sure that it gets added to a fine art policy or homeowner’s policy,” explained Lindsay, adding that insureds also need to check that the gallery is providing proper shipping and protection for that valuable during travel.

With the Christmas season right around the corner and a lot of shopping likely to be done in the coming days, brokers and agents can get ahead of these risks by reaching out to their clients today.

“Now’s the perfect time to be reaching out to clients to review with them tips to stay cyber-safe and to also review with their clients if they’re making any large purchases of valuables, let’s plan ahead,” said Lindsay. “Let’s have an idea of what you may be purchasing and how we’re going to coordinate getting that coverage and making sure that the policy is up to date.”