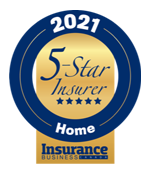 Dwelling coverage is the component of home insurance that protects against the cost of reconstructing the structure of a home in the event of suffering a risk or hazard that is covered; risks, also known as insured perils, include events such as fires, lightning strikes, windstorms, hail, explosions, vandalism and other hazards. However, floods, earthquakes and sewer backups are not usually covered, but you may be able to buy additional coverage for these as well. Typically, the dwelling insurance covers not only the home of the policyholder but also the structures that are attached to it. For example, if you have a garage, deck or porch that is connected to the house you’re probably OK. If not? Chances are it’s not covered. Insurance companies usually calculate dwelling coverage as dwelling coverage per square foot.

What home insurance covers in Canada?

Home insurance can help protect a homeowners’ house and contents in the event of theft, loss or damage to the inside and outside of the house or property. Home insurance can also cover some of the additional living expenses in the even that the homeowner is temporarily unable to live in the house, such as living in a hotel or motel or renting another home.

In Canada, home insurance may also cover damage or loss of home; damage, theft or loss of personal possessions; personal property stolen from the homeowners’ vehicle; damage or injury to others who visit the home or property; and accidental damage the homeowner causes to somebody else’s property.

Home insurance may also be referred to as property or casualty insurance, by insurance companies.

How much is home insurance in Canada?

On average, Canadians paid $840 annually, according to a survey conducted in 2018. Across provinces, however, prices varied. At $924 annually, the largest home insurance premiums were in British Columbia. Alberta’s premiums came in second, at $912 annually. Annual home premiums in Ontario went as high as $828 annually and Quebec hit $768 per year.

The four factors that drive your home insurance premium

1. Replacement cost. The size and value of a home is a major factor in how much the homeowner will wind up paying in premiums. The more it costs to replace the home, the more it will cost to insure it. The replacement value is the highest possible cost to rebuilding a home.

2. Exterior construction. Another factor is the quality of a home’s construction material related to replacement costs. For instance, different insurers could provide a larger discount for a recently replaced roof.

3. Interior construction. Some wiring and appliances are looked upon more favourable than others. For example, a red flag for insurance companies is aluminum electrical or knob-and-tube wiring. Actually, some insurers could deny a policy based on that type or wiring, or ask the homeowner to replace it.

4. Location of the home. A neighbourhood’s crime level or track record of weather-related incidents are factors insurance companies will consider when it comes to pricing a home. Western Canada, for instance, has higher premiums due to the devastating weather it receives compared to other parts of the country.

What are 3 basic levels of coverage that exist for homeowners’ insurance?

The various levels of protection depend on the homeowners’ needs and the type of residence being covered. Essentially, there are 3 levels of dwelling coverage. The first level is the actual cash value, which covers the cost of the home as well as the value of the homeowners’ belongings, once deductions for depreciation are made, meaning how much the items are worth versus how much they cost initially. The second level is the replacement cost, which covers the actual cash value of the home and possessions prior to deductions for depreciation, meaning a homeowner could rebuild or repair his or her home up to the original value. The third level is the guaranteed replacement cost, which is a policy that pays for the costs to repair or rebuild the home.

What is the difference between homeowners’ insurance and dwelling?

Why is my dwelling coverage so high?

There are a number of reasons why a homeowners’ dwelling coverage would increase from year to year. Typically, the cost to rebuild a home would be a contributing factor for an increase in a homeowners’ dwelling coverage. Changes in the housing market and the impacts of inflation can boost home reconstruction costs, such as materials and labour. Thirdly, higher replacement costs can result from upgrades and remodelling.