Why the latest NFIP short-term extension is a ‘head-scratcher’

Just in time for the start of the holiday season, the US House of Representatives passed a measure extending the National Flood Insurance Program (NFIP) through December 20, 2019. While the decision has received praise from some representatives of the insurance industry, others say the decision to continue the streak of short-term extensions for the NFIP was a head-scratching one.

In fact, explains John Dickson (pictured above), CEO and president of private flood insurance provider Aon Edge, “This one is probably the most head-scratching of all.”

He continued: “I think the issues that this Congress are dealing with are well publicized and they’re huge-headline, all-encompassing topics, and for you as a working body to know that you’ve got quite a lot on your plate and you’re working around the clock, your staff is fully engaged with these other issues, to then move a program of critical importance out 30 days in time – and I think that’s being generous by maybe a day – knowing that you are now with the holidays in the states scheduled to work maybe 10 to 15 of those 30 days, to think you’re going to get your business done and get reforms passed in that period of time is nonsensical. You know you can’t do it, so this is probably the most head-scratching extension that I’ve seen in this litany of non-stop short-term extensions.”

However, a long-term extension has yet to gain traction among legislators as disputes continue over how to reform the troubled flood insurance program. This big picture has serious implications for property owners, which concerns Dickson.

“More confusing for me is to think that Congress doesn’t understand the impact. That they’re so far removed from what happens to our family members and our property owners and our community members on the street that are touched by this is a bit of a concern,” he said, adding, “Many financial institutions remain in lapse protocol as loan closings often require longer runways than afforded by the ongoing practice of stop-gap extensions.”

That means people are going to have to look for other options for property loans, and potentially delay certain purchasing decisions and lifestyle changes that they’ve been working hard towards.

“They were told that if you do the right thing and follow the right process, you can reach these just desserts – that is now potentially out of reach for families as a result,” said Dickson. “It’s a head-scratcher because it seems that Congress really doesn’t have an interest in understanding or maybe a care for what’s really happening to homeowners impacted and caught in the throes of this non-stop game of kick the can.”

The NFIP has also deferred the implementation of Risk Rating 2.0 (a redesign of its risk rating system by “leveraging industry best practices and current technology to deliver rates that are fairer, easier to understand, and better reflect a property’s unique flood risk,” according to the program) by a year, to October 01, 2021. This redesign will be beneficial if it gets the government out of the business of incentivizing people to build properties in locations that we know will be flooded, says Craig Poulton (pictured below), CEO of private flood insurer Poulton Associates. Yet, the NFIP has lowered rates since they were mandated by Congress to raise rates in 2012. 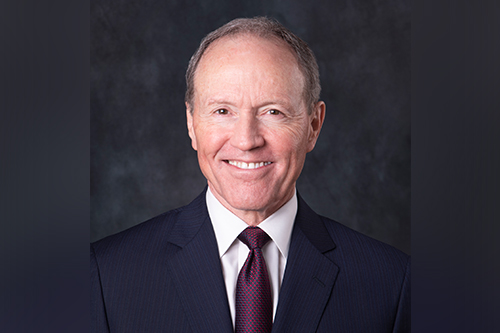 “If you take the total insured values and divided into the total premium collected, they actually lowered their rate in that six-year period, which is nuts. That just doesn’t make any sense whatsoever. They’ve lost $40 billion for taxpayers, they don’t charge an accurate rate to their policyholders, and they’re lowering their overall rate,” explained Poulton. “If the NFIP is going to actually raise the rates with 2.0, it will be a good thing. If the NFIP is going to use it as a mechanism to obfuscate the fact that they refuse to raise rates, which is what they have done over the last six years, then it will be a really bad thing.”

The expert adds that the NFIP hasn’t been transparent in what Risk Rating 2.0 will actually look like yet, which is troubling. The greatest irony is that Congress created the NFIP so that the private market could eventually take over the insuring of flood risk in the United States.

“And what was going to be the mechanism by which that takeover took place? It was going to be that the federal government would facilitate the insuring of flood in the United States until the private market had enough data to do it themselves, because that’s what they lacked – how much should we charge, what is the proper rate to risk, and how do we correlate that?” said Poulton. “The loss information that correlates to the low lying areas is locked away by the NFIP in complete and utter disrespect for the original concept of the NFIP […] It’s a tragedy that the NFIP is not correlating risk and rate, and it’s a tragedy that Congress is not requiring the NFIP to correlate risk to rate because correlating risk to rate will result in increased pricing, and that will be a curative in its effect. If we want to cure the problem, rates must go up – there is no way around it.”

With the four months of flooding in the Midwest during the spring of 2019 and Tropical Storm
Imelda this past September, the necessity of appropriate flood insurance solutions that provide coverage and encourage resilience is becoming that much clearer.

Read more: Experts: Insurers need to get a grip on climate change

“What we’re seeing today is flooding intensity that you never had before,” said Dickson. “Whether or not you believe that the climate is changing due to acts of man, if you believe that air temperatures are gradually or rapidly warming, then we have a situation where we will have bigger rain events with more lasting, more torrential rainfall. What’s happened this year with the Midwest and with Imelda is not much far removed from Michael, Florence, East Baton Rouge, Hurricane Harvey – they’re very similar in the fact that the intensity of these events is increasing.”

On a positive note, a federal rule requiring mortgage lenders to accept both private and government-backed flood insurance policies introduced earlier in 2019 is part of the move to approach flood insurance differently, and bring capital to bear in innovative ways to help protect families and communities. But, this move hasn’t turned out to be as effective as some hoped.

“The regulation that was adopted in July helped provide some certainty and some confirmation that lenders can accept private flood insurance, but quite frankly from our perspective, most if not all federally-backed lenders (other than the first-time buyers in the VA) were already accepting private flood,” said Dickson, adding, “Even with the passage of that federal rule what we’re seeing is that some of the smaller regional banks are still reluctant to accept private flood and we’re not getting consistent clear reasons as to why. It just seems that they don’t want to be bothered with investing the time to understand how a private program could save a customer hundreds, if not thousands, of dollars, and help them afford a mortgage that would otherwise be unaffordable.”

This goes against the tenets of flood insurance that private insurers like Aon Edge hold dear.

COVID-19 and its implications on workers' compensation insurance